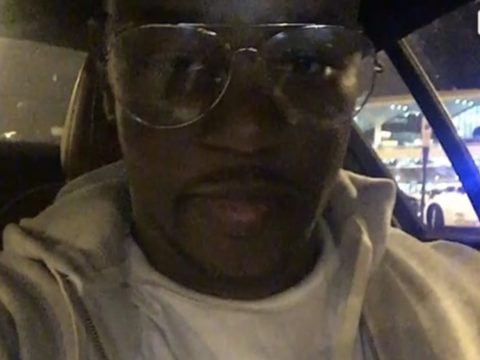 New York rapper Cam’ron‘s mom has shared throwback footage going back to his near-death experience. Fredericka Giles hit up social media and reflected on the 13-year anniversary of the Washington, D.C. attack.

Mom’ron jumped on Instagram Tuesday (October 23) with some thoughts about Cam’s shooting.

On this date in 2005…. One of the scariest/worst moments of my life, when @titopoppins called m told me that Cameron had been shot when they were in Washington, DC. "See ya dude react, Hud 6 threw me back. A few they clapped but I ate those, them shits scooby snacks"

On this date in 2005, rapper Cam'ron got shot in failed car jacking attempt. A snippet from press conference @nowwutdotcom

According to reports, Cam caught a bullet October 23, 2005 as a result of a botched carjacking.

Two men pulled alongside Cam’ron’s 2006 Lamborghini and opened fire while the artist was stopped at a traffic light at New York and New Jersey avenues. He was hit by one bullet, which traveled through one of his arms and into the other. He drove himself to Howard University Hospital and was released yesterday afternoon. “People are foolish if they think I’m going to lose my head and give up anything to anyone just because someone threatens me,” Cam’ron says. “I’m doing OK. It takes more than a botched carjacking to keep me down.” (Billboard)

Despite nearly losing his life, Cam made sure to promote his Killa Season album after leaving a Washington, D.C. hospital.

Giles, driving his royal blue 2006 Lamborghini and wearing what a friend later described as $200,000 worth of diamonds and other jewelry, was shot in both arms after stopping at a red light on New York Avenue NW, police said. “I got shot three times and my album comes out Nov. 22,” Giles said as he left Howard University Hospital yesterday afternoon with an entourage of friends, fellow rappers and bodyguards. “We love Howard.” (Washington Post)

The post Cam’ron’s Mom Remembers One Of The Scariest & Worst Moments Of Her Life: “Cameron Had Been Shot” appeared first on SOHH.com.