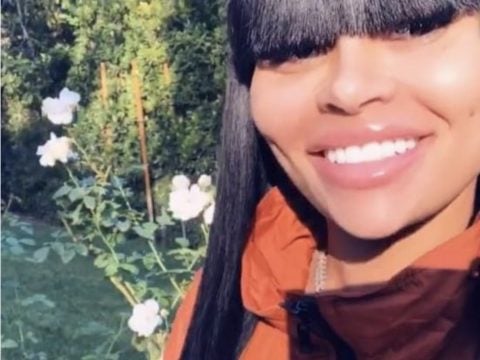 Vixen Blac Chyna isn’t too ashamed to admit her pics have gone through a little editing. The hip-hop diva went to social media this week to keep it 100 on her Instagram flexing.

Chyna hopped on Instagram Saturday (October 13) with a hilarious meme about photo-editing.

In a recent interview, BC credited rap star Drake for helping her blow up in the mainstream.

To earn some money to save up for school, Chyna began dancing as a stripper and continued to dance when she moved down to Miami for college, which led to her opportune meeting with Drake and helped her get discovered. Chyna said: ‘I actually had a booking and I think it was in Tennessee. These guys introduced me to Drake, and Drake you know put me in a song and I started doing all the music videos and the magazines.’ Drake mentions Chyna in his 2010 song Miss Me, rapping: ‘Call up King of Diamonds and tell Chyna it’ll be worth the flight // I be at my table stackin’ dollars till the perfect height.’ (Daily Mail)

In September, a pic surfaced of Chyna looking boo’d up with a mystery man.

Over the summer, Chyna and former boyfriend YBN Almighty Jay appeared to show off their new love interests.