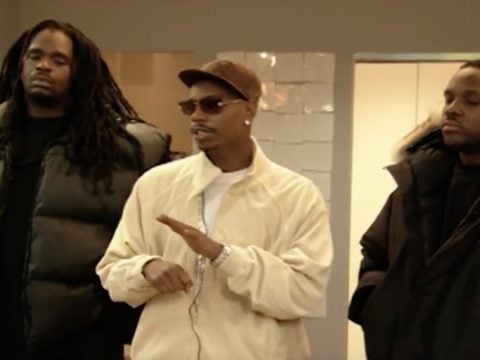 G.O.O.D. Music’s Big Sean is a way bigger “Chappelle’s Show” fan than most people think. The hip-hop star has explained just how much of a personal impact the series had on his life.

Last night, Sean Don jumped on Instagram with a shot of himself alongside comedy genius Dave Chappelle and words about the show helping him through his younger days.

himself! Love to everybody gettin to that boss life they dreamed up, Cheers!

He’d been going undergoing chemotherapy. Family members tell us they’re absolutely shocked because they thought he was getting better. We’re told the family would call him frequently, and he’d even joke they were calling too much. Charlie’s wife, Tisha Taylor Murphy, died in 2009 from cervical cancer. They had 2 children, and he had another from a previous relationship. (TMZ)

Back in November 2016, Chappelle resurrected some classic characters for a “Saturday Night Live” sketch.

The post Big Sean Credits “Chappelle’s Show” For Getting Him Through Tough Times appeared first on SOHH.com.