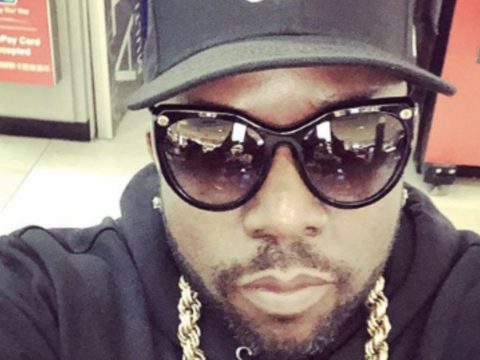 OutKast’s Big Boi is keeping everyone updated on the Botham Jean/Amber Guyger drama. The hip-hop star has come forward to share news about a key witness and neighbor to the slain Dallas man being shot to death.

On Sunday, Big Boi hit up Instagram with his take on the shocking development.

According to reports, the murder went down Friday around a Dallas apartment complex.

Joshua Brown, a neighbor of Botham Jean’s and Guyger at the South Side Flats apartments, was slain about 10:30 p.m. in the 4600 block of Cedar Springs Road.Brown, 28, lived across the hall from Jean and testified about the night he was killed. A preliminary investigation shows Brown was shot in the back and thigh, a government official said on condition of anonymity. (Dallas News)

This week, various hip-hop artists came forward to react to Guyger receiving a 10-year prison sentence for killing Botham in his own apartment.

This week, both Botham’s brother and father embraced Guyger despite the fact she’s responsible for Jean’s death.

While speaking at Dallas West Church of Christ, Botham’s father Bertram said, “I’m not really surprised because we know how we raised him… The Holy Spirit was working,” Bertram said. He also said he would like to be Guyger’s friend, “I’d like to become your friend at some point… I think I have the ability to do it and I would like to be a friend despite my loss. That’s why we are Christians.” (Newsone)

A jury has found former Dallas police officer Amber Guyger guilty of murder after less than 24 hours of deliberation. Guyger was indicted last year after fatally shooting her unarmed neighbor, Botham Jean, in his apartment, which she said she mistook as hers. Jurors were given the option of finding Guyger guilty of the lesser offense of manslaughter. With the murder conviction,Guyger, 31, now faces up to life in prison. (CNN)