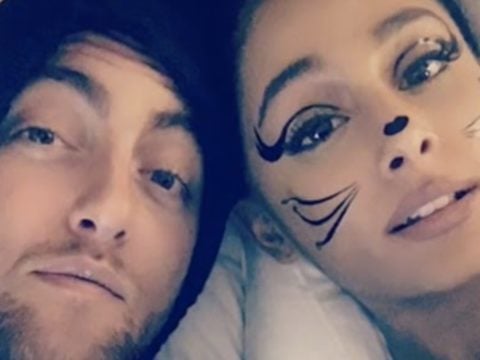 On Tuesday, Grande shared footage a fan sent her from August of Miller listening to her “R.E.M.” single.

On Tuesday, a fan sent Grande a recorded video from Miller’s Instagram Live on Aug. 9, in which he can be heard listening to Grande’s song “R.E.M.” off of her Sweetener album. “Hey @ArianaGrande here’s a video of @MacMiller listening to R.E.M during his Instagram live from August 9th before it was released,” the fan tweeted along with the video. “We had to stan the best song from Sweetener!” After watching, Grande replied, “his voice and laugh. he is supposed to be here. thank u for finding this.” (E! Online)

he is supposed to be here.

A few days ago, Grande addressed her past relationships with Miller, rapper Big Sean and ex-fiancé Pete Davidson with her “Thank U, Next” song.

“Thought I’d end up with Sean/But he wasn’t a match/Wrote some songs about Ricky/Now I listen and laugh/Even almost got married/And for Pete I’m so thankful/Wish I could say thank you to Malcolm [Miller]/Cause he was an angel” (“Thank U, Next”)

Some recently reports claimed Miller’s September death may have had an impact on her Davidson engagement breakup.