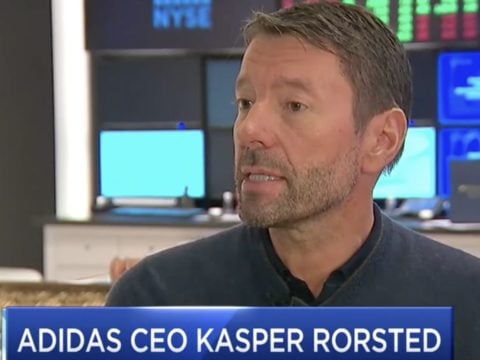 Adidas CEO Kasper Rorsted is still Team Kanye West despite all of the Make America Great Again and President Donald Trump support. The sports apparel giant’s head has shared his support for Yeezy despite mixed social media feelings toward the hip-hop star.

In a new interview, Rorsted reacted to buzz about one of his biggest brand ambassadors allegedly meeting with Trump.

A few hours ago, reports emerged about Kanye planning on meeting with Trump at the White House this Thursday.

Earlier this month, Trump applauded Kanye for showing him love during a “Saturday Night Live” appearance.