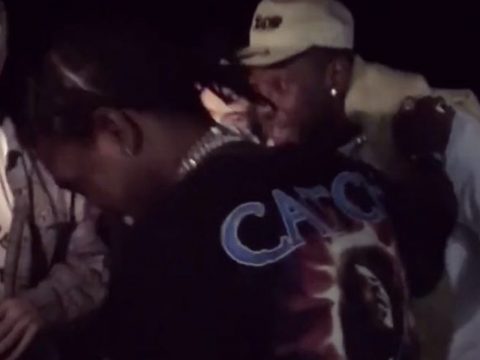 New York rapper A$AP Rocky is really back-back. Days after getting released from a Sweden jail, the hip-hop superstar has reunited with longtime pal Tyler, the Creator.

New footage has emerged of Rocky and Tyler hanging out together in California.

The rapper, who was released this weekend after spending a month in Swedish custody, was spotted attending the Sunday Service event organized by West and put on each week in California. Video clips shared to social media show A$AP Rocky, 30, chatting and laughing with A$AP Ferg, 30,  and West’s sister-in-law Kendall Jenner, 23, to whom he was briefly romantically linked in 2017. (PEOPLE)

According to reports, Rocky doesn’t intend on going back to Sweden once his publicized assault case wraps up later this month.