Many millennials believe that the fight for civil rights, social justice and political power for people of color, started around The Black Lives Matter movement. This train of thought leads to the belief that athletes like Colin Kaepernick (and all those who have taken a knee with him) are the only ones to have used sports as a platform to peacefully protest against systemic violence against Black people. This (and they) would be wrong.

There has been a long history of sports figures using their celebrity to unapologetically smash white supremacy.

Paul Roberson did it with football. Arthur Ashe did this through tennis. Muhammad Ali did it in boxing, losing almost everything. 50 years ago today, Olympic champions Tommie Smith and John Carlos also used their moment in the sun to show Black solidarity and advocacy for their organization The Olympic Project for Human Rights on the biggest sports stage in the world.

Both Smith and Carlos, united by a decision to have their voice echoed in the ecstatic atmosphere of toxic white & western masculinity as portrayed in words of “The Star-Spangled Banner” that was being played as they received their awards, stood on the gold and bronze podiums with their single black-gloved fist in the air.

When asked why they decided to perform this Smith is said to have said, “We had to be seen because we couldn’t be heard.”

What was the jump off?

The Olympic Project for Human Rights (the organization that they belonged to) was an American organization that spoke out against racism in general, and specifically racial segregation in the United States and abroad (such as South Africa). Originally the group planned to do a total boycott against the 1968 Summer Olympic Games in Mexico City unless four conditions were met. The group wanted two African nations that were under minority white rule (South African and Rhodesia) to be disinvited from the games. The group also wanted more African-American assistant coaches to be hired and for the International Olympic Committee (IOC)’s president, Avery Brundage to step down. Lastly, they wanted Muhammad Ali’s world heavyweight boxing title to be restored.

But there were very serious domestic reasons why Black athletes would be outraged and ready to protest the Olympics, which was a symbol of world pride and excellence- particularly when so much was not right in it.

Malcolm X  was assassinated in 1965. In the summer of 1967, the Newark (5 days) and Detroit riots (8 days) ignited. April 4, 1968, The Reverend Dr. Martin Luther King, Jr. was assassinated.  The Autobiography of Malcolm X was released shortly after. The residue of Jim Crow was slow to dissolve. The promise of civil rights was met with broken handshakes and legislation. There were many reasons why the boycott was proposed.

One would be superstar held fast to the vow to boycott, a young Kareem Abdul-Jabbar. He wrote in his book, Coach Wooden and Me, “My development as a basketball player paralleled my evolution as a social activist. The more confident and successful I was on the court, the more confident I felt about expressing my political convictions. That personal progression reached its most controversial climax in 1968 when I refused to join the Olympic basketball team. This started a firestorm of criticism, racial epithets, and death threats that people still ask me about today.”

Smith and Carlos did not support the boycott, though they supported the demands behind it. Had they not, used the opportunity to throw their fist in the air, perhaps generations after would have never known about the injustice happening on this international level.  Not only did they do that, but they took their shoes off to shine a light on the extreme levels of poverty throughout the world for Black and Brown people. Smith tied a black scarf around his neck as a token of Black pride. Carlos rocked beads around his neck to symbolize the strange fruit of Black bodies swinging from lynching trees. They even got the silver medalist to wear an OPHR button while he was getting his award. While many criticized them for breaking the boycott and participating in the game, they suffered tremendously for their actions… on levels comparable to Ali (the brother they actually was protesting about).

Abdul-Jabbar continues, “They (Smith & Carlos) returned home to angry criticism and death threats. At a time when Black leaders were routinely slaughtered, death threats were taken seriously.” It is hard to imagine now, but these men suffered just as great as the modern day, Kaepernick. They were called “treasonable Black rats,” “Black-skinned Stormtroopers” and said that they had not only disgraced the American flag and anthem, but also the institution of the Olympics.

Many thought they have misused the opportunity because it was a personal cause and not a national cause. Smith once said of this, “It wasn’t don’t for a malignant reason. It was only done to bring attention to the atrocities of which were experiencing in a country that was supposed to represent us.”

When further thinking about the sacrifice that they made, your thoughts are met with John Carlos’ own words from the book, The John Carlos Story: The Sports Moment That Changed The World. Carlos echoes this sentiment when he said, “How can you ask someone to live in the world and not have something to say about injustice.”

Both are still alive and still doing the work. 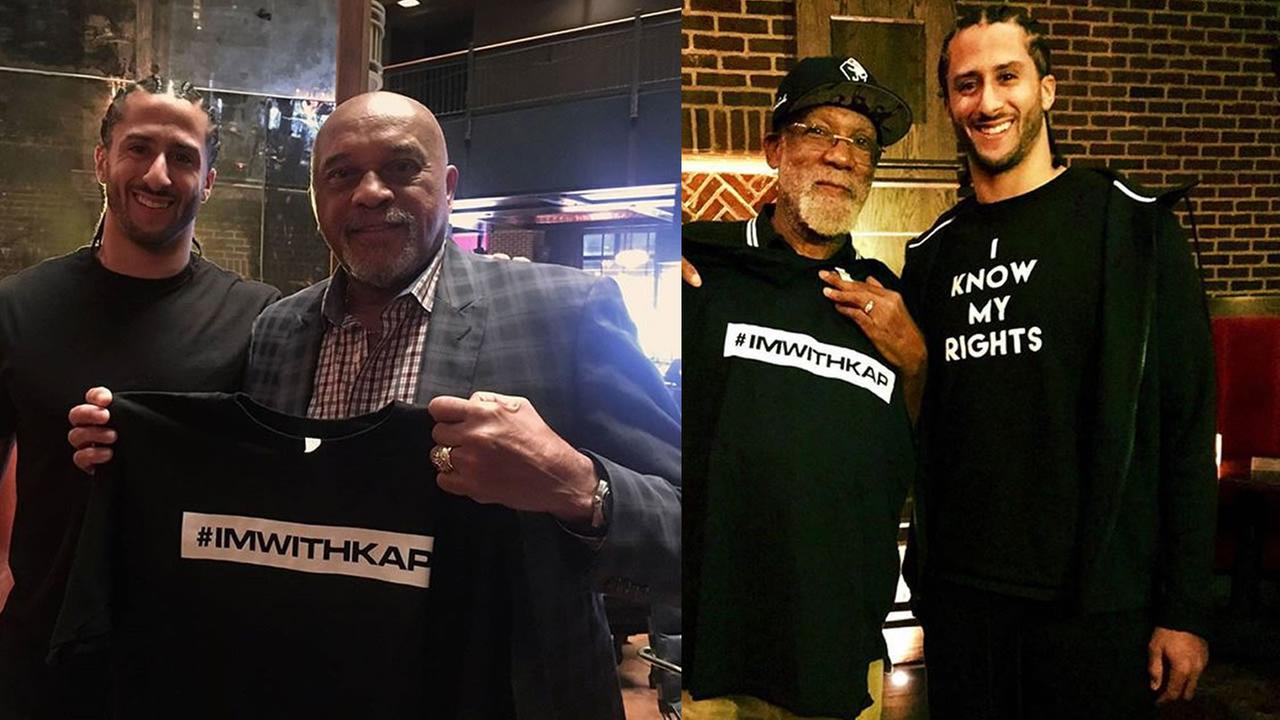 The post 50th Anniversary: How Tommie Smith and John Carlos Used The Olympics to Show Black Power appeared first on The Source.