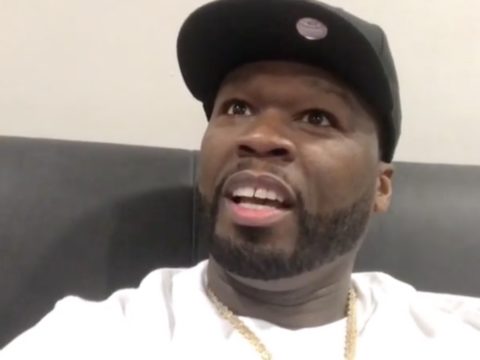 On Tuesday, Fif jumped on Instagram with a slideshow of pics featuring himself draped in prison attire.

Back in May, TV network ABC officially ordered the series for the 2019-2020 season.

The latter hails from “Without A Trace” creator Hank Steinberg and Curtis “50 Cent” Jackson, and is described as a serialized legal and family dramainspired by the life of Isaac Wright, Jr.about a prisoner who becomes a lawyer, litigating cases for other inmates while fighting to overturn his own life sentence for a crime he didn’t commit.  The show will also seek to examine the flaws and challenges in our penal and legal systems. It stars Nicholas Pinnock, Indira Varma, Joy Bryant, Glenn Fleshler, Dorian Missick, Tyla Harris, Mary Stuart Masterson, and Boris McGiver. (Variety)

The post 50 Cent Shares New On-Set Prison Shots From New FOR LIFE TV Series: “When I Get Out That’s Ya A**” appeared first on .