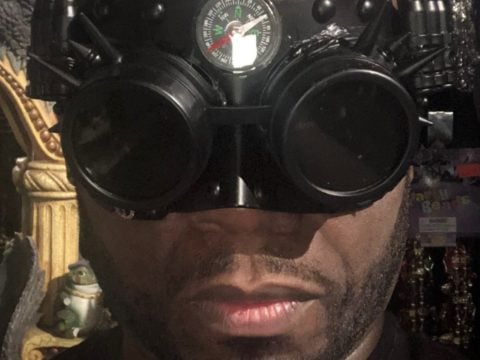 New York rapper 50 Cent has plenty on his plate. The hip-hop star has updated fans on his personal life by announcing a new TV show and acknowledging a $3 million lawsuit.

This week, Fif jumped on Instagram to geek out over his latest achievements.

Well what did ya think would happen

This is gonna blow your mind, nothing but the best. #lecheminduroi

According to reports, 50’s upcoming TV show is centered on a convicted drug kingpin.

The remarkable story of Isaac Wright, Jr., the wrongfully convicted drug kingpin who got his conviction overturned and became a licensed attorney, is the subject of a drama series in development at ABC. It hails from The Last Ship co-creator/executive producer Hank Steinberg, Power executive producer Curtis ’50 Cent’ Jackson, The Goldbergs executive producer Doug Robinson and Sony Pictures TV. (Deadline)

50 is keeping busy these days coming off a major multi-series deal with premium network Starz.

News of the development comes shortly after Variety exclusively reported that 50 Cent has signed a new a new four-year overall deal with Starz. The new deal includes a three-series commitment, the addition of a dedicated development executive, and a discretionary fund for use in developing G-Unit projects. He is repped by APA and attorneys Stephen Savva and Eric Feig. (Variety)

This week, a report emerged about 50 no longer having to worry about a $3 million lawsuit from a hip-hop website.

According to court documents obtained by The Blast, Cheri Media — the parent company of HipHopDX.com — dismissed their lawsuit against the “Power” star. As The Blast first reported, the site accused 50 of tarnishing their reputation by branding them “fake news.” 50 was pissed that HipHopDX did a story saying his deal with Bellator was not real (turns out it was real) and when 50 Cent called them “a bogus news outlet that does not check its facts,” they sued. (The Blast)