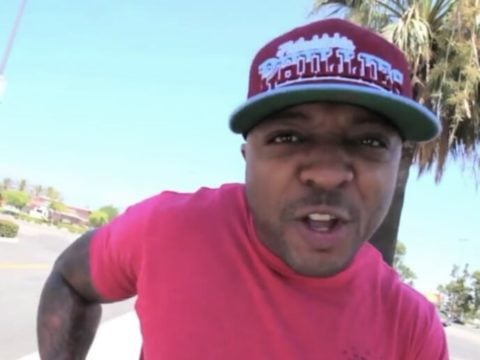 West Coast rapper 40 Glocc isn’t down to make peace with his longtime rap rival. The hip-hop veteran has addressed where things stand with his never-ending feud with Game.

Glocc hit up Instagram last night (October 22) and ripped Game for labeling him a snitch in the past.

I'LL NEVER LET THAT GO…. WITH @LosangelesConfidential .. SO ALL OF U SOCIAL MEDIA BLOGGERS & MALE & FEMALE GROUPIES & BITCH NIGGAZ.. CAN QUIT ASKING.. THIS AINT NO RAP BATTLE BITCH.. THIS 4 LIFE.. #1. DONT EVER PULL GUNS ON ME OR SHOOT ME & DONT KILL ME, .. #2. DONT EVER LIE & MIX MY NAME WITH SNITCHING & THE POLICE ..#FuckThePolice #FuckBustaz #SnitchesHireProtection

A few days ago, Glocc suggested Game could possibly lose his home through foreclosure.

The post 40 Glocc Explains Why He’ll Never Let Game Beef Die: “You Had My Life In Your Palms” appeared first on SOHH.com.