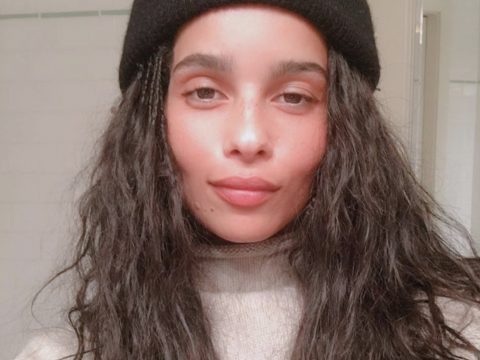 Hollywood actress Zoe Kravitz is leveling up in a big way. New reports claim the HBO star has secured a huge role in the upcoming The Batman movie.

According to reports, Kravitz has been cast opposite the Dark Knight to play Catwoman.

Zoe Kravitz has been cast as Selina Kyle, a.k.a. Catwoman, in Matt Reeves’ “The Batman,” an individual with knowledge of the project told TheWrap. Robert Pattinson will play the Dark Knight in the upcoming Warner Bros. film. Reeves and Mattson Tomlin wrote the screenplay, and the film is being produced by Reeves and Dylan Clark. Michael E. Uslan is executive producing. It is set to start filming in January in the U.K. (TheWrap)

Speculation recently developed about a woman of color being considered for the Catwoman role.

The search is officially underway for the next Catwoman. The Batman helmer Matt Reeves is putting some feelers out to women of color for the role of the femme fatale alongside Robert Pattinson’s Batman. One source tells us Matt Reeves wants a Zoe Kravitz-type actress to play Catwoman, meaning whoever is cast will likely be Black or biracial. Zoe Kravitz was the actual choice/prototype for the Catwoman role, but the actress is not available due to her busy schedule. (Heroic Hollywood)

In the past, multiple African American women played the role of Catwoman in separate projects.

A Catwoman of color is not a new idea by any means. Halle Berry played an “Elseworlds” Catwoman in the 2004 standalone film considered by many to be the absolute worst ever made, as far as movies and adaptations of a Batman property go. Eartha Kitt was the first woman of color to play Catwoman and her performance in the third season of the campy 1960s Batman TV show — with her trademark purrs and rolled r’s — is iconic. (Bounding Into Comics)