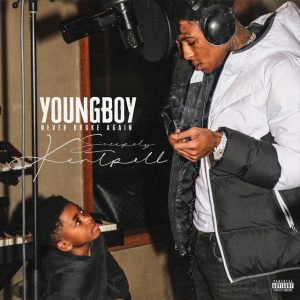 The new release is 21 new songs for fans and prior to the release, Youngboy penned a letter from jail.

“The deeper in myself I search the more confused I seem to be,” Youngboy opened. “As I feel more lost the more I feel green. Green in a way most people describe today as being naive.”

You can see the full letter and hear the album below.

In July, YoungBoy Never Broke Again’s bond was denied and he will remain in jail until his trial, according to Complex. YoungBoy is considered too dangerous to be released following his multiple charges of gun possession in Louisiana.

“[YoungBoy] is a danger to the community, [and] no condition or combination of conditions will reasonably assure the safety of any other person and the community,” the court documents read.

During the bond hearing, Judge Scott D. Johnson highlighted the past crimes committed by YoungBoy and the chase he led police on prior to his arrest.

The new deal continues Motown’s rich legacy of entrepreneurial partnerships by combining the label’s global leadership with the artistic and creative vision of YoungBoy and Never Broke Again, LLC. YoungBoy and Kyle “Montana” Clairborne will continue to lead Never Broke Again, LLC, a label committed to signing and developing new artists and providing them with a platform to succeed.