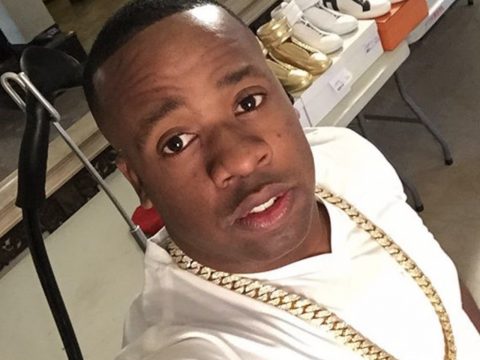 Memphis rapper Yo Gotti and JAY-Z are taking prison reform extra serious in 2020. The hip-hop pair are reportedly demanding the governor of Mississippi to make changes to its prisons.

Big Facts: According to reports, Gotti and JAY’s Roc Nation have directly reached out and threatened legal action if changes aren’t immediately made.

On the heels of 5 inmates getting killed in 3 different MS prisons … Gotti’s called on Team Roc — the philanthropic arm of Roc Nation — and it fired off a letter Thursday to Gov. Phil Bryant. In the letter, they make it clear they’ll take legal action if Bryant doesn’t take steps to improve prison conditions. Gotti’s pissed off because 2 of the deaths went down at the prison known as Parchman Farm … not far from his hometown of Memphis. Gotti says the prison conditions are “absolutely inhumane and unconstitutional.” (TMZ)

High-Key Details: This week, Gotti released a statement addressing his and the Roc’s letter.

“The conditions in the prisons operated by the Mississippi Department of Corrections are absolutely inhumane and unconstitutional. To see this happen so close to my hometown of Memphis is truly devastating. That’s why we’re calling on Mississippi state leaders to take immediate action and rectify this issue. If they don’t right this wrong, we’re prepared to take legal action to provide relief for those that are incarcerated and their families.” (Statement)

Before You Go: Last week, UGK’s Bun B spoke out on one of the Mississippi prisons forcing inmates into inhumane conditions.