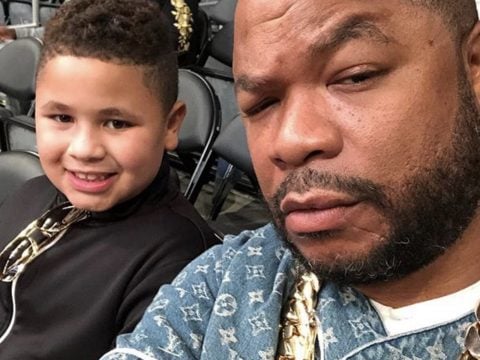 West Coast rapper Xzibit is with the games, notably when it involves bad cowboys and endless hours of taking out rival gangs. The hip-hop veteran has co-signed the newly released Red Dead Redemption 2 video game.

Last night, X hit up Instagram to share a shot of his decked-out gift set including the game and customized items.

@rockstargames Thank You so much for the #RedDeadRedemption2 care package!! Amazing branding all the way around! @djpooh is the fuckin man…

All of the vocal moments in Red Dead Redemption 2 are produced entirely by Grammy Award-winner Daniel Lanois, known for producing albums for Bob Dylan, Neil Young, and Willie Nelson as well as collaborating with pioneering musician Brian Eno to produce several albums for U2 including the multi-platinum The Joshua Tree. In addition to Lanois’ production, the soundtrack features additional vocal performances from a range of award-winning artists including D’Angelo, Willie Nelson, Nas, Rhiannon Giddens, Josh Homme, plus an additional track written, produced and performed by David Ferguson. All songs for both the score and soundtrack were created exclusively for Red Dead Redemption 2. (Rockstar Games)