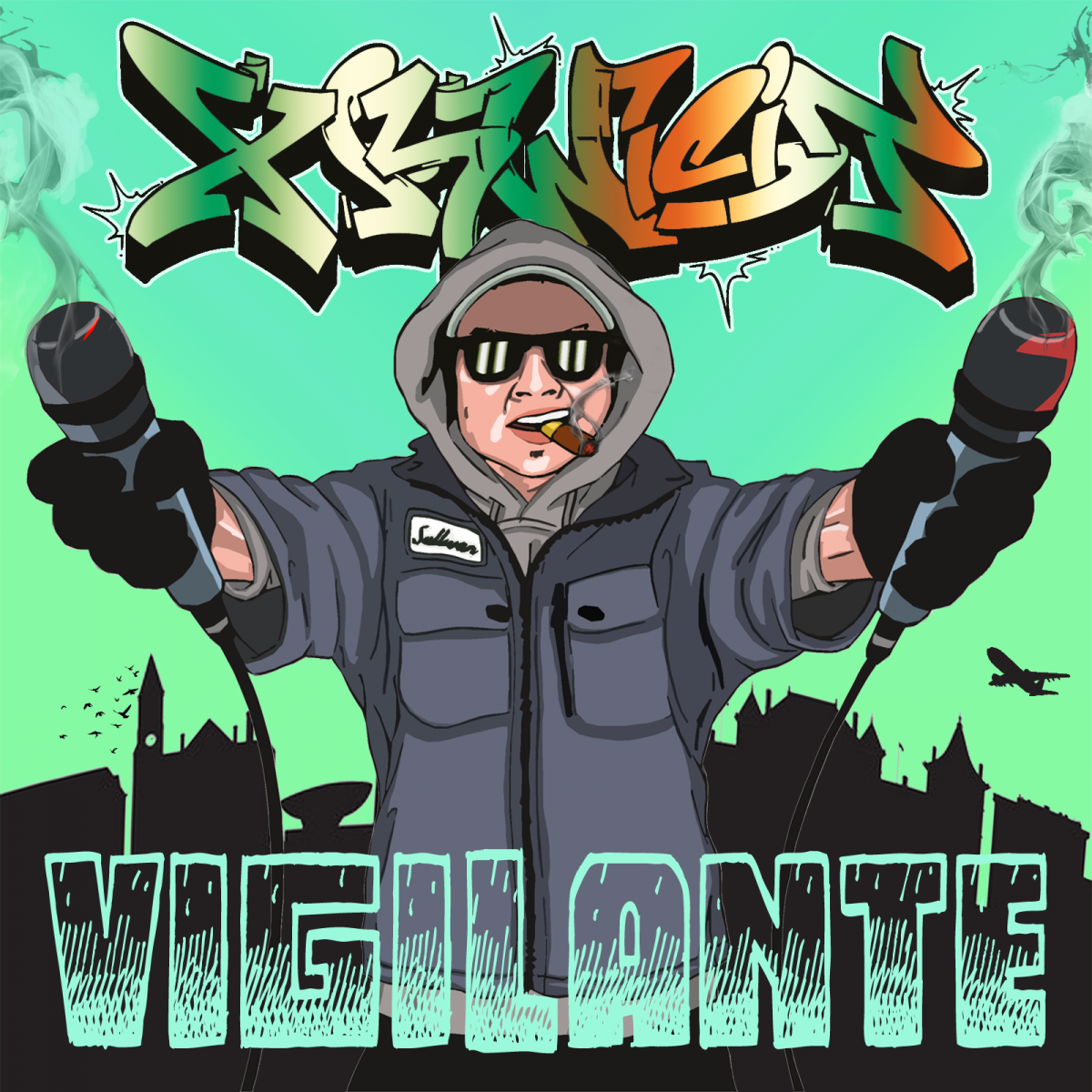 In 2020, Albany, New York-based lyricist Xkwisit promised the release of four full-length albums. Fresh into the new year we get the first offering from that promise in new album, Vigilante.

The 12-track collective features a who’s who of great collaborators like Gilbert Gottfried, Vanderslice, Johnny Slash, Shyste, Pj Katz, Ren Thomas, Emcee Graffiti, Dephyant, Mista Pigz, Jack Of All Trades, AlfaStar, Albany Lou and Animal Cracker. Loaded up with various artists, will Xkwisit be overshadowed as it was meant to shine bright in possibly his biggest year yet? Hit the play and find out for yourself.

Lyrically, the project is braggadocious. Xkwisit aligns with an explosive cast of prominent individuals that all deliver trending soundbites. Xkwisit drops notables here and there throughout the project but requires close attention.

The album’s production takes a backseat as the guest appearances take center stage. An overabundance of idealism overloads the project’s necessary identity. An album is a collection that is known for a unique representation that is set to leave a lasting impression. The production is exciting but the mixture makes it forgettable by the next song. All with different ideas of how Xkwisit should sound.

Too many chefs in the kitchen, Vigilante embodies an effective impact but something only short-lived in total. Filled with star power; however, there is no longevity in the album that will hold fans over till the next Xkwisit release. We receive a glimpse of greatness from Xkwisit but as soon as we received it, we were not able to savor it because immediately followed was a stunning guest verse. Full potential not reached, we will have to research previous work to witness what we should have received on this new project.