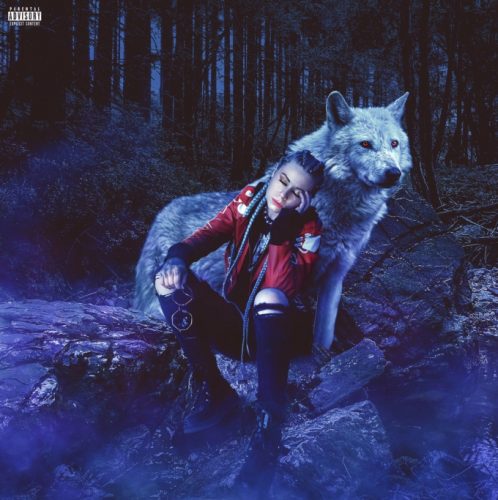 Whitney Peyton is a 25 year old MC from Philadelphia, Pennsylvania who rose to prominence in the underground by releasing 3 albums, 2 mixtapes & 4 EPs all independently. She recently signed to Burbank, California powerhouse Suburban Noize Records this past fall & to ring in the new decade, she’s making her Subnoize debut with her 4th studio album.

Things kick off with “Villain”, where Whitney compares herself to just that over a suspenseful instrumental. The next song “Double Up” flexes over a nocturnal trap beat while the song “Enemy” sees Whitney teaming up with her Keyed Up cohort Gina Fritz to detail a break up that she went through over a cavernous instrumental. The track “I Got It” fires back at everyone who doubted Whitney over a dark, rubbery trap beat while the song “Kick It” is intoxicating anthem about mellowing out.

For years I’ve been Whitney to come through with that 1 album that’d solidify her place in the game & I think she finally did it on this one. Her lyricism has gotten better with time, the passion is there, the production is off the wall & it’s a great representation of who she is & where she’s at now. Really looking forward to see what she does with Subnoize in the future.