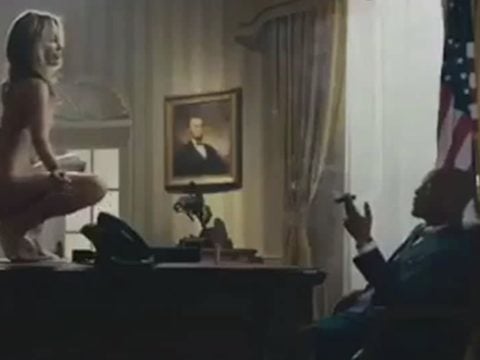 Grammy-winning rapper T.I. has the White House’s full attention. The King of the South has raised eyebrows and sparked tensions after taking direct aim at President Donald Trump and First Lady Melania Trump in a new video promo.

White House Director of Communications for the First Lady Stephanie Grisham has called for a boycott of Tip’s music.

Grisham has since explained her issues with Tip using a Melania lookalike stripper in a new video.

Stephanie Grisham has elaborated on her initial tweet by releasing a statement, saying, “Like it or not, she is the First Lady and this is the White House. It’s disrespectful and disgusting to portray her this way simply because of politics.” She continued, “These kinds of vulgar attacks only further the divisiveness and bias in our country – it needs to stop.” (TMZ)

In the video, T.I. went the extra mile with a direct reference to the First Lady.

The woman is wearing a jacket that reads “I REALLY DON’T CARE, DO U?” Trump wore a jacket with that wording on her way to visit migrant children in Texas. She said recently in an interview with ABC News that she wore the jacket to troll reporters. (WSB-TV)

Last week, T.I. exploded on former pal Kanye West for doing the most in a televised visit with Trump at the White House.