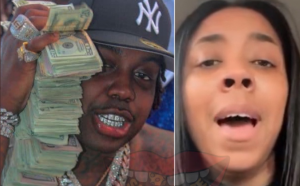 Kentucky slang spitter EST Gee lost his mother to leukemia and his brother to a shooting tragedy, both in 2020. His family dynamics have changed and now it is being alleged that his sister is currently living on the streets with her five children.

The woman took to social media, pleading, “I am EST Gee’s, and I’m homeless. I have five kids, I don’t have any support.”

The post [WATCH] Woman Claiming To Be EST Gee’s Sister Says Her and Her 5 Children Are Homeless appeared first on The Source.