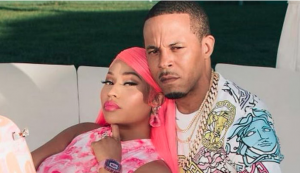 In a tearful episode of female power talk show The Real, Jennifer Hough, who is the alleged victim in the sexual assault case against Nicki Minaj’s husband Kenneth Perry, gave a very painful recollection of the attack that led to Perry’s attempted rape conviction.

As it was the first time Hough ever spoke out publicly about the incident, she explained that she no longer wanted to live in fear and went on to describe the 1994 attack when her and Perry were both still teenagers.

After Hough gave her descriptive account of the attack, she condemned Minaj for supporting Perry and even claimed that Minaj offered to fly her and her family to Los Angeles after “she heard she was willing to help her with a specific situation.” Hough ultimately turned down the offer from Minaj.

“Woman to woman, this really happened. And I haven’t spoken to her since,” Hough said. “Them sending people to negotiate numbers as far as money is concerned with family members, and Nicki is the one that personally reached out to me. In regards to helping her, helping them and this situation. And then the threats that I received…the last text that I received was about how I should have taken the money because they’re going to use the money to put on my head.”

Hough is suing Kenneth Perry and his wife Nicki Minaj for intentional infliction of emotional distress, harassment, and witness intimidation.

The post [WATCH] Jennifer Hough Recalls Being Attacked By Nicki Minaj’s Husband On ‘The Real’, Accuses The Couple Of Harassment appeared first on The Source.