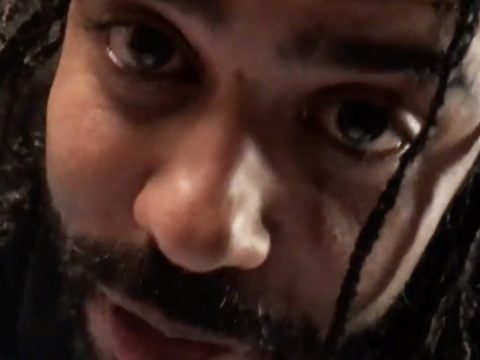 With the highly-anticipated Digital HD release of Blindspotting going down tomorrow, SOHH is treating readers to a look at a bonus feature from the must-see flick.

In BLINDSPOTTING, Oakland resident Collin ( Daveed Diggs ) is a convicted felon out on parole, with only three days left until he’s totally free. He’s determined not to get into trouble, but then his temperamental best friend, Miles (Rafael Casal), suddenly decides to buy a gun. And then, on the way home, while waiting at a long stoplight, Collin witnesses a white cop shooting an unarmed black man in the street. Over the next few days, Collin is haunted by the incident but continues to work with Miles at a local moving company, where Collin’s ex-girlfriend, Val (Janina Gavankar), is a dispatcher. Collin, Miles, and Miles’ wife, Ashley (Jasmine Cephas Jones), bitterly discuss the gentrification of their city, and later Miles and Collin go to a party hosted by hipster white folks, where Miles gets into a violent fight. And when Miles’ son gets ahold of his gun, it sends everything into a tailspin.