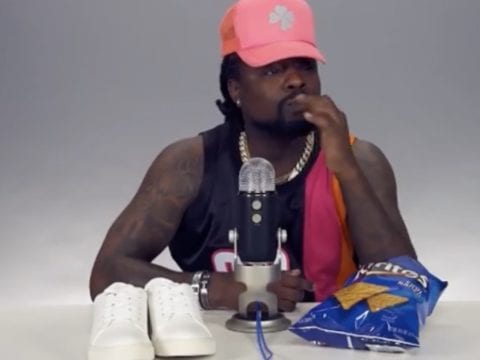 Maybach Music Group’s Wale is with the jokes. The hip-hop star hit up social media this week to share a hilarious clip of himself eating Doritos chips and plugging his new album.

Heading into the weekend, Wale went to Instagram with the must-see comedic clip.

Earlier this week, Wale shared footage of himself reunited with longtime friend J. Cole at a North Carolina concert.

A few days ago, Wale revealed his issues and marketing complications surrounding his upcoming solo album.

On Tuesday, Wale came through with his new “Love & Loyalty” single.