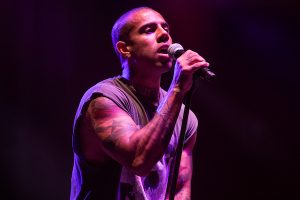 Vic Mensa has to stay out of any trouble for the next 12 months after pleading guilty to possession of a controlled substance. According to TMZ, Vic Mensa was able to sidestep jail time by striking a deal with prosecutors.

According to Kendra Glover, a representative for Loudoun County Commonwealth’s Attorney, Mensa pled guilty to one count of possession of a Schedule III controlled substance. The rapper was carrying mushrooms. The charge was a Class 1 misdemeanor.

In addition to a year of unsupervised probation, Mensa will have to perform 25 hours of community service, and pay a $1000 fine, and substance abuse assessment.

Vic was arrested in January for attempting to bring mushrooms through the Dulles International airport.