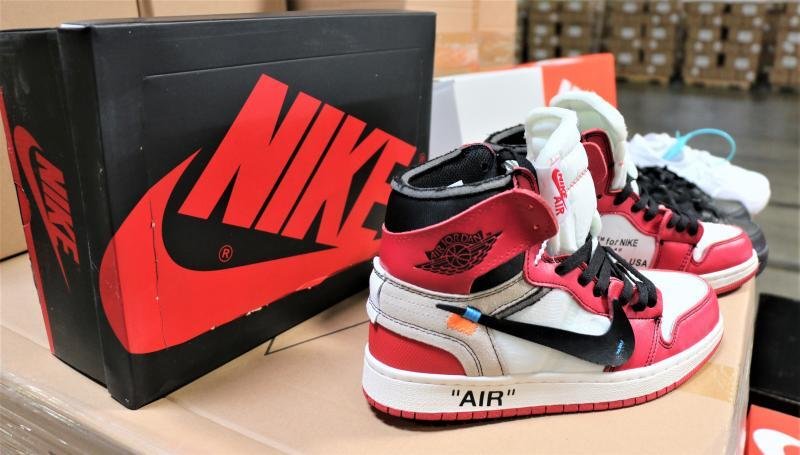 If you’ve been shamelessly flourishing off rocking fake Off-White Nikes (or got burned thinking you came up on a genuine pair), the plug got caught. U.S. Customs and Border Patrol reveal that they seized $2.2M in fake Nike shoes at the Los Angeles/Long Beach Seaport. 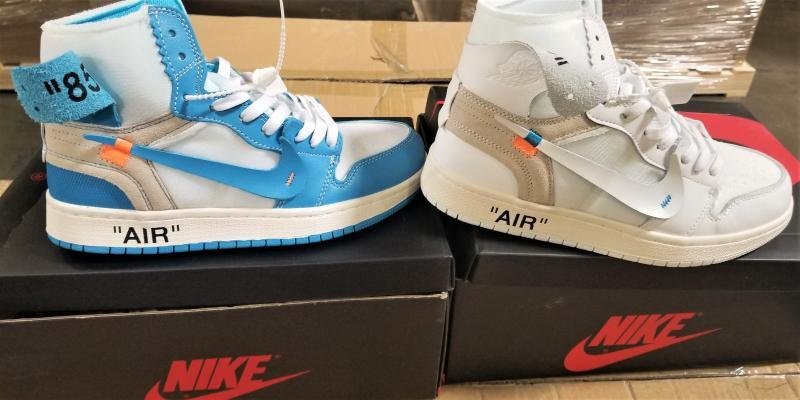 According to a CBP release, officers seized 14,806 pairs of counterfeit Nike kicks. If the shoes had been the real thing, they would have been worth $2,247,680 (going by the manufacturers suggest retail price).

The bandaloo kicks were spotted by CBP and U.S. Homeland Security Investigations (HSI) special agents while they conducted an “enforcement exam” on a shipment from China. Reportedly, the two containers loaded with shoes had been identified as “napkins.”

“Transnational criminal organizations continue to profit from American intellectual property by selling their counterfeit and piratical goods not only in the U.S. but around the world,” said Joseph Macias, Special Agent in Charge for HSI Los Angeles in a statement. “HSI, in conjunction with CBP, target both the domestic and international facets of these criminal conspiracies for disruption and dismantlement.”

Somewhere, the plug is heated. But how many containers didn’t get spotted?

The suspect shoes were choice and included faux models include the Air Jordan 1 Off-White, Air Jordan 12, Air Jordan 1, Air Jordan 11 and the Air Max ’97, among others. The photos provided by CBP shoe some authentic looking (to the non-discerning eye) Off White Air Jordan 1s that run for about $2000 on the aftermarket.

Listen, if the deal on those trendy sneakers are too good to be true… 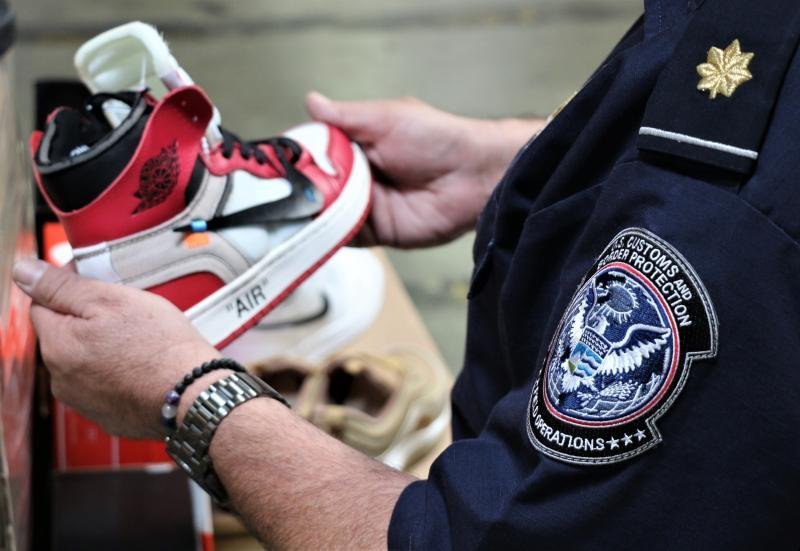