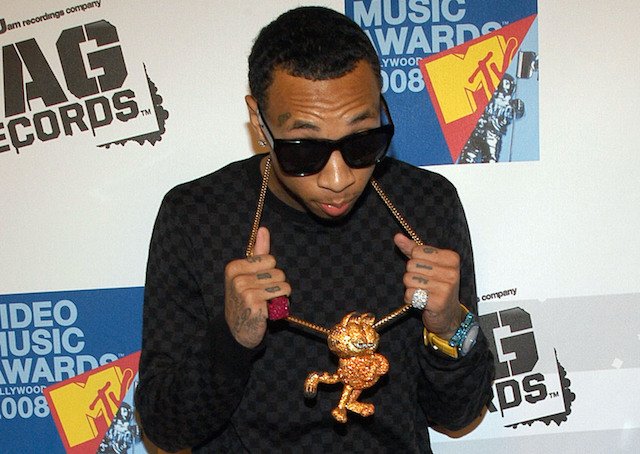 Tyga is getting his passive aggressive on. His recent choice of footwear seems like an obvious jab at one of his peers.

As spotted on Bossip the former Young Money Records artist was flicking it up on his Instagram account. The photo in question shows him leaning against a red Ferrari. Luxury automobile aside the visual stood out immediately because of his shoes. The Compton native was sporting a pair of Travis Scott Air Jordans.

While it isn’t out of the ordinary for him to be wearing pricey kicks the shoes appear to be a direct shot at Cactus Jack, who just broke up with Kylie Jenner, who is also Tyga’s ex-girlfriend. Naturally the move made major waves on Twitter with everyone taking the post as an opportunity to get their funny on.

Best of the best petty below.