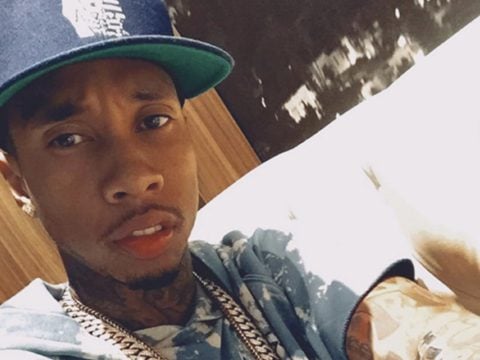 G.O.O.D. Music’s Tyga received a pretty hefty co-sign from Kanye West after dropping his “Taste” video. The rap star recently dished on getting a super salute from his label boss on the must-watch visual.

According to Tyga, Yeezy personally hit him up and called the “Taste” clip the best video ever.

A few days ago, Tyga dropped his new “Dip” and “Swap Meet” singles.

They met in 2011 while filming the music video to his song Rack City and were later engaged in December 2012 before splitting up in 2014. And while Blac Chyna and Tyga had quite the tumultuous relationship timeline, the pair were spotted out together for dinner at Catch in the Meatpacking District of New York City on Sunday evening. (Daily Mail)

The post Tyga Reveals What Video Kanye West Thinks Is The Best Of All Time appeared first on SOHH.com.