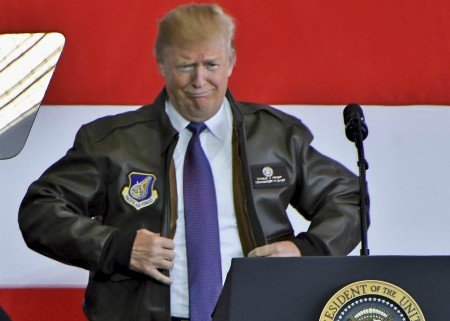 After spending the past few weeks attacking four congresswomen of color, Rev. Al Sharpton, and Civil Rights hero Elijah Cummings, Donald Trump’s outright racism has been hurting him with the African-American voters something serious (not that it was ever that good to begin with). In a blatant effort to appease the Black community, Donald Trump has ramped up his effort to help out A$AP Rocky and has sent the U.S. Presidential Envoy to Sweden for Pretty Flacko’s trial which could land him behind Ikea bars.

According to Billboard Special envoy Robert O’Brien was seen at Stockholm District Court on Tuesday (July 30) where he was said to be looking “after the well-being of American citizens, which is always our top priority.”

Word? We wonder if Trump critics like YG or even Jay-Z would’ve gotten the same kind of courtesy had they found themselves in similar situations. Even if Kim Kardashian had personally asked Cheeto to intervene we really doubt it.

As previously reported, A$AP Rocky got into some fisticuffs with overzealous fans in Sweden earlier this month and though he maintains it was in self-defense he was still locked up and is currently awaiting trial. He faces up to 2 years in the bing if found guilty. After Kim Kardashian reportedly urged her new “Presidential” BFF to help out the Harlem rapper, Trump demanded that Sweden give A$AP his freedom via Twitter. That didn’t go over too well with Swedish representatives and probably made it more likely that he’d be convicted.