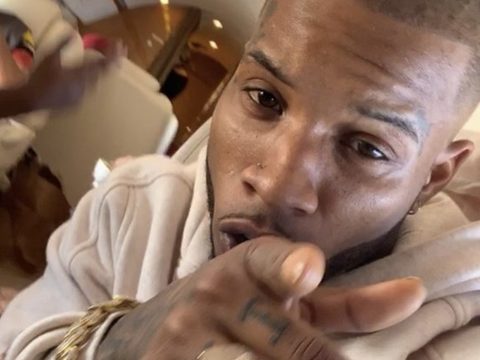 R&B singer Tory Lanez is here for his pops. The hip-hop crooner has shared new pics of himself hanging out alongside his day one.

Last night, Tory jumped on Instagram to share father-son moments and credited his dad for giving him good DNA.

This week, Tory shared shots of himself in early 2000’s attire and revealed his upcoming Chixtape 5 mixtape’s core sound.

Last Friday, Tory revealed his project will premiere in November.

A few days ago, Tory shared his state of mind with the delayed audio masterpiece nearing a major release.

The post Tory Lanez Shows Off Where He Gets All His Sauce From W/ Father-Son Pics: “We Got Them Good Genes” appeared first on .