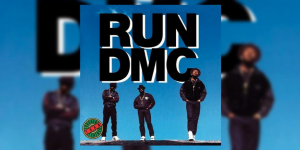 On this date in 1988, wha some consider one of the best years in Hip Hop, Run-D.M.C. and Jam Master Jay released their fourth full length studio album Tougher Than Leather on the Profile imprint.

Produced primarily by Rick Rubin, Davy D and the group themselves, the Hollis Crew’s fourth LP was heavy on sampling and even saw some changes in the lyrical styles of DJ Run and Daryll Mac. Even though the album wasn’t as popular as the preceding Raising Hell LP, it certainly spawned a few classic singles including the Bob James’ “Nautilus” driven “Beats To The Rhyme, “Mary Mary” and what would become the title and theme song for the Simmons’ family reality show, “Run’s House”.

A crime-filled drama of the same name accompanied the album about six months after its release, further solidifying the album’s staying power and eventual platinum success.

Salute to Run, D.M.C., JMJ(RIP), Rick Rubin and everyone who was a part of this timeless piece of Hip Hop history!

The post Today In Hip Hop History: Run-D.M.C. Dropped Their Fourth LP ‘Tougher Than Leather’ 33 Years Ago appeared first on The Source.