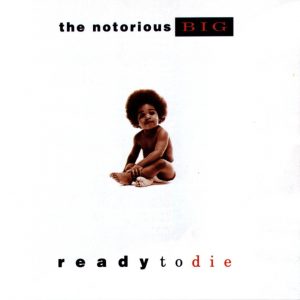 On September 13, 1994, Notorious B.I.G., alongside producers Easy Mo Bee, DJ Premier, Poke of the Trackmasters, and none other than “Puffy” (as Diddy was called then) as the executive producer, released the Hip Hop masterpiece known as Ready To Die.

As Big’s debut album, this highly anticipated release shows the lyrical prowess of the Bed-Stuy big man, and besides Method Man’s assistance on the epic “The What?” track, Mr. Wallace made it happen all by himself. Other than Nas’ Illmatic, no other solo emcee accomplished that feat during that era on the East Coast. Recognized as “The King Of New York” and as seen on a vintage 1995 Source Magazine cover, Big’s legacy was etched in stone with this LP.

Timeless classics from that four and a half mic-er include the DJ Premier produced “Unbelievable,” the back and forth storytelling adventures of “Warning” and “Gimme The Loot,” and the eerie title track itself were just a few of the highlights of this legendary project. That’s not to forget the mainstream success of singles such as “One More Chance,” the Brooklynplayalistic sound of “Big Poppa,” and of course the hood inspirational, Mtume-based “Juicy.”

We only had the chance to get one more album(prophetically named Life After Death) out of one of the game’s greatest lyricists before he was prematurely killed in Los Angeles in 1997. Still, this album will always remind us that B.I.G. was “Ready to Die” because his talent was and will always be larger than life.

The post Today in Hip-Hop History: Notorious B.I.G. Dropped His Debut LP ‘Ready To Die’ 27 Years Ago appeared first on The Source.