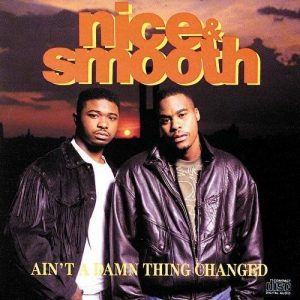 Back in 1991 when Naughty By Nature was just putting us on to the meaning of O.P.P., Nice & Smooth were seasoned MCs gearing up for their second effort. This succeeded their self-titled debut album, which came like a breath of fresh air to the “no smiles” rap climate among NY emcees in the early 90s. Songs that dropped real-life melodic messages like the Tracy Chapman inspired “Sometimes I Rhyme Slow” and the party-driven “Hip Hop Junkies” made for a solid project that was played on the radio and respected in the streets. Their harmonizing was a return to the era where performers put on a show and if you ever see Nice and Smooth live, you know that’s exactly what you get.

Shout out to Greg Nice and Smooth Bee for blessing the fans with this classic!