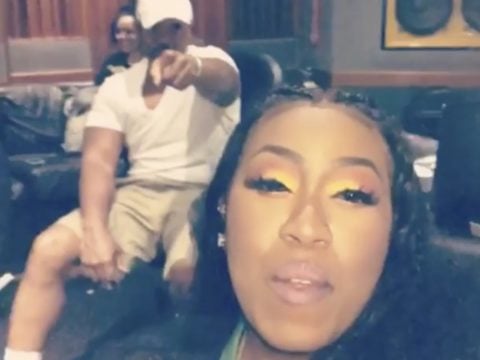 Rap veterans Timbaland and Missy Elliott are in work mode. The duo have hit up social media to tease fans about new music possibly brewing.

Last night, both Missy and Timbo hit up Instagram with in-studio footage and a promise to deliver something in 2019.

A few days ago, buzz developed about Missy becoming the first female rapper nominated to the Songwriters Hall of Fame.

Missy to react to the major achievement.

https://t.co/M5lXo80Oz2 i am Humbly Grateful to be nominated with so many other AMAZING writers

Congratulations to all of them also

Songwriters are eligible for induction after penning hits for at least 20 years.

Six songwriters, or songwriting groups, will be officially inducted at the Hall’s 50th annual Induction & Awards Gala in New York on June 13, 2019. Eligible members can vote for three non-performing songwriters and three performing songwriters until Dec. 17. Elliott, often praised for her wild, colorful style and playful lyricism, has been one of pop music’s most sought producers and songwriters, in addition to creating her own well-known hits, from “Get Ur Freak On” to “Work It” to “Lose Control.” (Chicago Sun-Times)