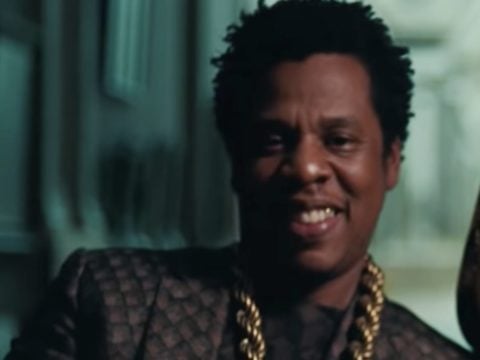 Music streaming giant TIDAL is celebrating 15 years of The Black Album. The digital platform has acknowledged the project’s anniversary with key contributors.

On Wednesday, TIDAL shared quotes from some of the biggest Black Album contributors.

Just Blaze/Producer: “Interlude”, “December 4th”, “Public Service Announcement (Interlude)”: The Black Album, along with Fade to Black was a career defining period of time for me personally and professionally. From going through the process of recording and putting the album together, to performing it just weeks later at Madison Square Garden was beyond surreal. And then, to top it off, “PSA” (which almost never happened) ended up becoming one of the highlights of that night. Everyone in the audience knew every word and was losing their minds. I wasn’t surprised, but I was in awe and stunned regardless. For me, the fact that it went on to become one of his hallmark songs is a blessing, but it’s also a testament to the synergy and energy we created in the culture at that time. (TIDAL)

Gloria Carter/“December 4th”: Shawn Corey Carter, You have touched lives and have helped young people achieve their full potential. Keep doing what you do, so proud! Your mom, Gloria Carter (TIDAL)

GLC/Additional Vocals: “Encore”: When we did “Encore” I was off that good green and a lil Hennessy. We were watching some Blaxploitation, Superfly-type film. I was doing impressions of some divine pimpin’ for the ladies in the studio and Ye was like, “Speak that on this record.” Over Kanye’s phenomenal production, I channeled some ’70s pimpin’ and enthusiasm and made the people say, “Hova, Hova, Hova!” It was rewarding as this album was one of two Grammy-nominated albums I worked on that year. Love to JAY, Ye and John Legend for the opportunity as we made history! A lot of people never knew that Don C, Ibn Jasper, Ye, John Legend and myself were the crowd saying, “Hova, Hova, Hova!” When it came out and I heard my voice acting on a JAY-Z record, I looked to the sky and said, “Mama I made it!” #ism! (TIDAL)

9th Wonder/Producer: “Threat”: The album and the placement that changed my career. I learned so much from the session. Probably the biggest thing I learned is that I was working with the Greatest Rapper of All Time…. (TIDAL)

JAY’s epic 2003 album had a ton of memorable hit music videos from “Change Clothes” to “Dirt Off Your Shoulder.”