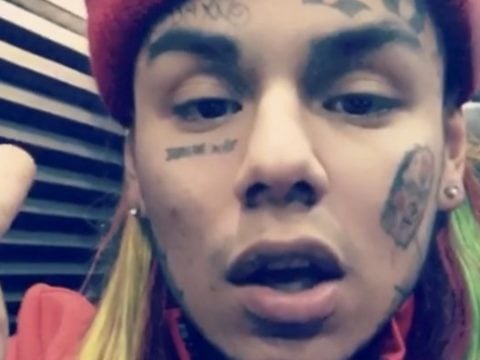 For the past few days, Tek has done everything from trolling Trippie with a throwback selfie to sharing footage of himself in bed with the rapper’s baby mother.

Why they do this to him

Damn he felt that

There will be no end to this. lol

A few hours ago, Trippie went to his Instagram Live to address 6ix9ine recruiting his ex-girlfriend.

Despite working together in the past on songs including ‘Poles1469’, 6ix9ine is currently feuding with rapper Trippie Redd. In November 2017, Trippie Redd took to Instagram Live to accuse Teka$hi of having him beaten up while he was in New York and went on to call Tekashi a “weirdo”, a “rapist”, and “gay”. The pair have since traded a series of insults on social media. The pair are yet to reconcile. (Capital Xtra)