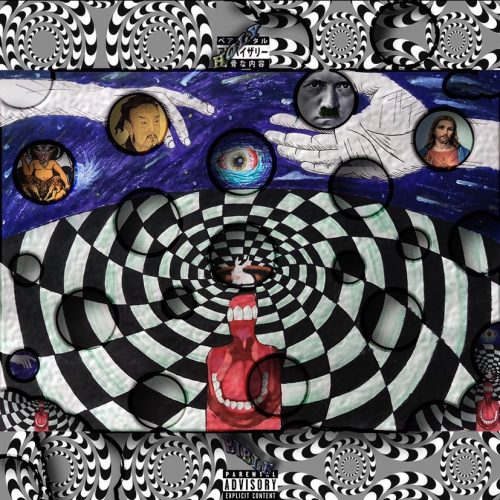 Dallas, TX based artist $tar$seed drops his 1st project titled “And The Universe Said” and from 1st glance the illusions of the cover art made me want to listen and inner-stand this artist even more. So many symbolic elements literally screaming at you making up a full picture, you began to question yourself is the picture  moving or is it all an illusions? As we dive into the the mind of $tar$eed we begin with the introduction “The Mass of Israel Reyna” I had to listen to the audio carefully and it was talking about the abundance you find in failure and how death can bring you many more fruits of life which is the only way to become a true master of perception.

The production in “Tell Morrison The Sun arrived” is unique and I feel it can thrive in a niche audiences, the intro was raw and light all at the same time what listeners have o understand is Hip-Hop came from punk music so the love for uniqueness has always been embraced. The mixing factor of this album is grunge and gritty like her recorded it right out of the garage. It’s one thing to fake it till you make and another when you completely transcend how you feel to audio & visual media. “A profit of the Universe” was a very cleaver concept as the artist flipped the meaning to fit his story which is artistry here. I would like to see how $$ translates his audio into music videos.

“excalibur” reminded me of the Jackal & Hyde concept as it was the serious message mixed with the laughter and melodies of a child. Over time $$ will continue to grow and become a complete artist as his delivery is not the easiest to understand which will tighten with Experience and concern.”Holy Blues Prt 1″ was a chaotic mess I was lost with this one still has that same vibe punk rock. “Meet the Devils Kids” was very Halloween horror like, I actually really liked this song from the lyrics to the production it was extremely melodic mixed in with that signature chaos. “Hitler” was a spine tickle as it felt spooky at the into and completely turned up. $$ went in on his verses in the song “Hitler” it was really good I could even hear the words oppose to other songs.

“America Fallout” was about just that , it was a artistic expression of how America was the opposite of evolution which in terms devolves the the spirit instead of uplifts which can also be done with pain and darkness. “Holy Blues Prt 2” “We are not animals or aliens we are holy !! We are Gods”!!! This is is great way to end the album showing that duality side of $tar$Seed as we wind down his project. If you would like to stay updated with “$tar $eed follow him on social media and be on the look out for more music and visuals.