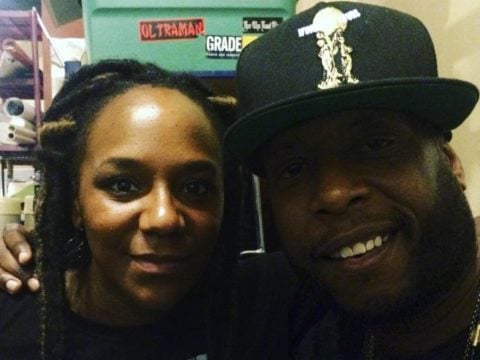 New York rapper Talib Kweli really isn’t here for people suggesting blacks not down with Donald Trump are slaves on a plantation. The hip-hop artist has come forward with very woke words.

Kweli jumped on Instagram Friday (October 12) to share thoughts on the misperception of the Republican and Democrat Party.

This… telling black people who don’t support Trump or the GOP that they are slaves on a plantation is disgustingly racist and extremely hateful considering the actual history of chattel slavery in the United States. Democrats used to be conservatives. Republicans used to be liberal. These parties switched in the 1960s after Southern Strategy. Red vs blue that ain’t nothing but a gang war. Don’t get caught up in the political gang war. Forget right vs left focus on right vs wrong.

I love my brother Ye. These other 2, not so much. But this is indeed a disturbing trend for all ppl, of all races. It becomes more dangerous when black folks engage in this lonely behavior. If you are willing to receive support from bigots like Trump, from Nazis or from racists who insist that black ppl have low IQs, then you have no moral code. You put money, power and “feels good man” over morality and justice. No disrespect to dog lovers, but that’s what dogs do, not intelligent, compassionate human beings. I think Ye can be better than this. That’s due to my personal bias. These other 2 I’m not so sure about. Either way, we must call out this behavior. Being a mercenary, selling out your community for a pat on the head from the oppressor is not being a free thinker. It harms us.

The post Talib Kweli’s Done W/ People Saying Anti-Trump Blacks Are Slaves On A Plantation: “Don’t Get Caught Up In The Political Gang War” appeared first on SOHH.com.