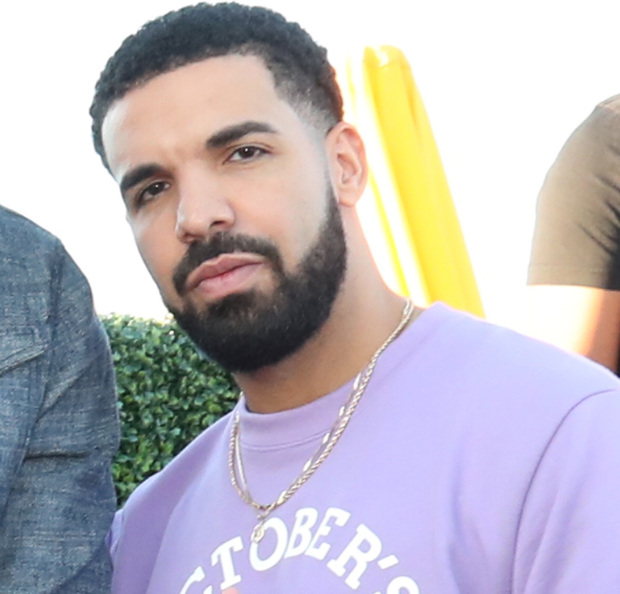 If the tickets are too pricey Drake’s fans can still get a piece of his residency in Sin City. He will be providing a retail experience to coincide with his live shows.

As spotted on Hypebeast the 6 God has announced a pop up shop at the Wynn Plaza; the luxury shopping area at the Wynn hotel. The store will be an extension to his concert schedule at the Las Vegas property. Set to open this weekend the emporium will offer OVO x Wynn co-branded tees, pieces from the OVO Essentials collection and choice selections from the Fall/Winter 2019 collection. Addiitonally they will have weekly drops exclusive to that location. Uncle Ralph clearly wants our soul and savings. Another of Polo Ralph Lauren’s most sought after lines is coming back for a retro release.

Hypebeast is reporting that Ralph Lauren and Grailed are partnering to formally reintroduce Polo Sport. The two entities will host an invite only pop up shop in New York City for launch of the Polo Sport “Limited Edition Denim & Silver” collection. Both brands detailed the special event in an interview with Complex.

“So much of where fashion is at today draws clear inspiration from the groundbreaking sportswear-meets-fashion narrative pioneered by Polo Sport” explained Lawrence Schlossman of Grailed. “Through both the relaunch itself and a curated selection of vintage Polo Sport pieces sourced from our community, Grailed is continuing our mission of melding the past and present to help create the future of men’s fashion.”

The RL team is equally enthusiastic with the unique roll-out. “We’re equally excited to be partnering with Grailed to offer an exclusive collection of vintage pieces that has been curated by them and authenticated by us” said John Wrazej, Ralph Lauren’s Executive Vice President and Men’s Creative Director.

This launch will be hosted on the POLO app. Starting May 16 users can enter for a chance to be chosen for the VIP Grailed x Polo Sport pop-up event. On site consumers will given the opportunity to purchase vintage Polo Sport items. The Polo Sport “Limited Edition Denim & Silver” collection will be available starting May 30.

Dropping merch to coincide with your latest LP is nothing new to the game, and artists today are using it as one of the primary tools for album promo. From digital drops for nine days straight like Travis Scott did for ASTROWORLD, to a more in-person vibe like Kota The Friend did last year in Brooklyn for his Anything EP release pop-up with Fltbys, the end result usually includes good music and something cool to hold onto and a keepsake that sort of preserves the project altogether. A similar situation went down this past weekend in Williamsburg at the Fool’s Gold Recs store, where World’s Fair rapper Lansky Jones popped up with some gear in support of his debut solo record Dangerfield. Being part of one of the illest underground rap groups out of New York City comes with its fare share of clout to do cool things like this, but stepping out on the solo tip doesn’t come without its reservations. “I wasn’t sure who I was as a solo artist,” Jones recalls while cuts from Dangerfield play over the speakers, adding, “I ultimately wanted to put out to the world that as a rapper you have a platform. I want to utilize mine in a way that’s meaningful.” After feeling, in his own words, “looked over” by an industry that goes through new rap acts like a pack of Tic Tacs, he finally feels ready to drop these new verses and enter a whole new path for his career.

When it comes to the merch add-on, he also understands its importance to the process of pushing a new album, especially on your first rollout. Here’s what he had to say in terms of how streetwear helps to get fans more involved in the new music:

“The merch directly ties into the album because the long-sleeve is called the “Big Allis”; it’s the front cover of the album. The photo is of me on Roosevelt Island where I grew up during my childhood years, and I’m overlooking what was outside my window: the “Big Allis” Ravenswood 30 power plant. It’s an ugly thing to see outside your window at the time, especially because Roosevelt Island wasn’t initially supposed to be residential. It was a prison, then an insane asylum — for me, it was just what I saw everyday. It definitely has a coming-of-age feel.” Keep scrolling to see more from Lansky Jones’ Dangerfield pop up, and also to listen to the LP of the same name in its entirety: The post Lansky Jones of World’s Fair Packs In Merch With Hip-Hop For ‘Dangerfield’ Pop-Up appeared first on The Source.

The A is about to be on a different level of lit in February. Nike is launching a pop-up shop in The Big Peach.

The global sportswear brand is bringing their much beloved SNKRS to life with a limited-time only pop-up shop in Atlanta. All the featured selections will make a nod to the city’s very unique culture and color. Included are special edition Air Force 1’s and releases from The Ten Collection.

This brick and mortar store will also house an “Unlock Box”, a vending machine that will afford consumers an automated shopping experience for accessories and pin-sets. Apparel will also be available for purchase.

Starting January 31 Nike will be also treating locals to specialized events in other parts of the city including the Nike Super Bowl Content Studio (760 10th Street NW). There limited-edition jerseys, hoodies, T-shirts and an accessory bar with designs inspired by Atlanta artists including FRKO.

Slick Rick remains one of Hip-Hop’s premier fashion icons. So it’s no surprise he was hand-picked to be the face of a new MCM and Nordstrom collaboration.

As the newest Nordstrom Pop-In launch, MCM has curated a limited-time only capsule collection. The upcoming drop features overs 100 exclusive items for both men, women and even pets. According to the press release the pieces “celebrate the heritage, history and future of MCM.”

Some MCM staples were revisited including their iconic weekend bag, backpack and various travel accessories. As a performer who has always merged luxury into his music, MC Ricky D felt right at home with the campaign which was shot by veteran Hip-Hop photographer Sue Kwon. “This is what I’ve always been about,” Rick said.

The MCM themed Pop-In @Nordstrom will be available at 10 Nordstrom locations throughout the country and online from October 5 to November 11. You can shop the collection here.

More photos from the collection in the gallery.