Quavo, Takeoff, and Offset are reportedly suing their former business partner after a clothing line deal went sour. The Migos rappers claim they have not received their cut of the royalties they’re owed.

According to The Blast, “The band signed a deal in 2015 with YRN (aka Yung Rich Nation) to work on a line of clothing, jewelry, and other apparel. The guys from Migos were to be paid a percentage of royalties from the sales. They accuse YRN of failing to properly pay them their cut from the sales and for not providing them with accounting, making it unclear how much they are actually owed. Migos says they have demanded their former partner turn over the finances but they have refused.”

Additionally, Migos is accusing YRN of using “Migos marks” like “Culture” and “Bad and Boujee” as the company continues to produce new clothing. Migos is asking for an injunction that would stop YRN from profiting off their marks. They’re also suing for an unspecified amount in damages.

But, as the site reports, it was actually YRN that first took issue with Migos in court.

“Yung Rich Nation actually sued Migos over the same deal earlier this year. YRN claimed Quavo, Offset and Takeoff were supposed to wear the clothes in six music videos a year, participate in four photo shoots and make at least six appearances in stores. The company claimed instead of following through on their deal, Migos went and entered into a separate deal with Universal Music Group to sell band apparel and ceased to work on the planned line with them. YRN sued Migos seeking unspecified damages. Migos denied all allegations of wrongdoing and demanded the lawsuit be dismissed,” The Blast states.

We’ll continue to keep you updated. 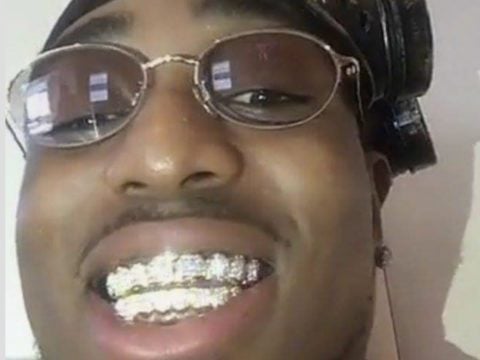 Atlanta rapper Quavo is done with the comparisons. The hip-hop star has hit up social media to urge fans to stop pitting him against his Migos groupmates.

Last night, Huncho jumped on Twitter to make his plea to followers.

Stop Comparing Us Please!!!
PUT US AGAINST THEM!!!!
Thank you

Recently, Offset appeared to tease plans to drop a new album next month. On last night’s episode, Migos hit the town with Corden to do a little shopping and flex their vocals.

Recently, Offset appeared to tease plans to drop a new album next month.

The post Migos Buckle Up To Croon Whitney Houston, Cardi B & Neil Diamond On Carpool Karaoke appeared first on SOHH.com. 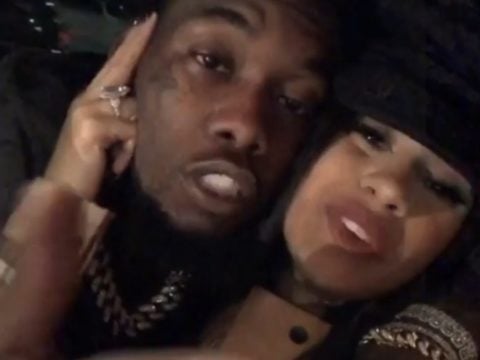 New York rapper Cardi B is a little more than just paranoid when it comes to her hubby. The hip-hop star has hinted at how much attention she puts on Offset.

Cardi hopped on Instagram Friday (November 9) with a hilarious meme about keeping her eye on Offset 24/7.

A few days ago, B gave fans her early reaction to Offset’s upcoming solo album.

A few days ago, Offset appeared to tease plans to drop a new album next month.

Takeoff and Quavo have both released their solo albums and now fans are waiting on Offset’s. Good news is, it sounds like the project is going to be lit.

Offset’s baby mother, wife, and frequent collaborator Cardi B hit Twitter this week to gush about her hubby’s upcoming, untitled album. She also told her followers that it made her cry a couple of times.

Offset announced the project during the wee hours of Tuesday, November 6 and fans can expect it just before the new year, on December 14.

Will you be tuning in? New York rapper Cardi B is hyping up a rumored new Offset album. The hip-hop diva has teased fans about what to expect from the mysterious LP.

This week, Cardi jumped on Twitter to reveal the untitled project will have people in their feelings.

A few days ago, Offset appeared to tease plans to drop a new album next month.

The post Cardi B Admits Offset’s New Album Made Her Cry – Twice appeared first on SOHH.com.

After lavishing his wife, Cardi B, with birthday jewelry last month, Offset is treating himself to some bling bling.

TMZ reports that the Migos rapper spent six figures at The Icebox in Atlanta for custom diamond chains and blinged out Cartier glasses. 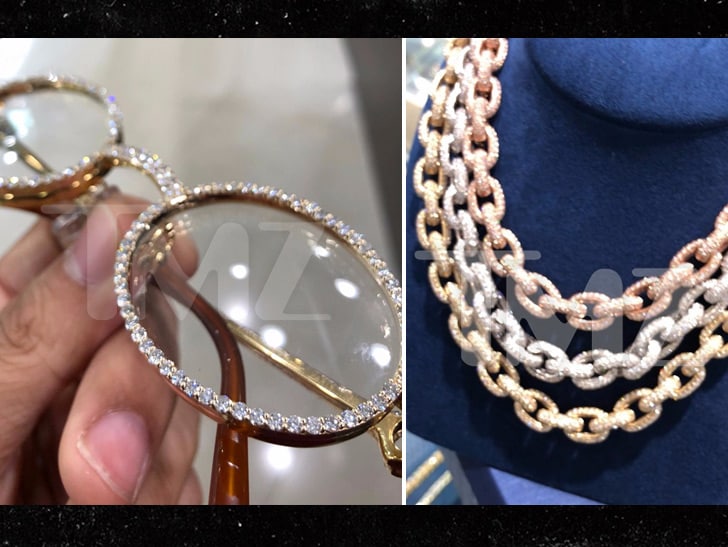 It’s safe to say that Offset is one of Icebox’s most favorite clients. He spent over $1 million at their establishment over the past decade. Additionally, he commissioned one of the store’s most iconic pieces for wifey’s birthday. 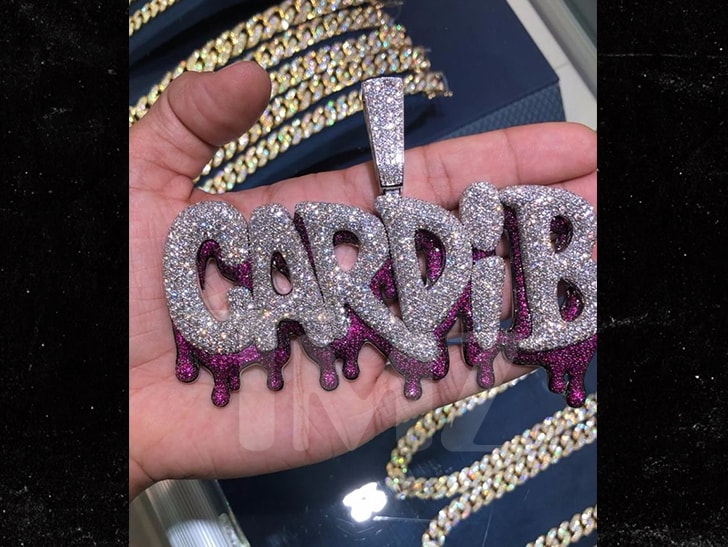 The post Bling Bling: Offset Cashes Out $100K on Custom Diamonds and Cartier Frames appeared first on The Source. 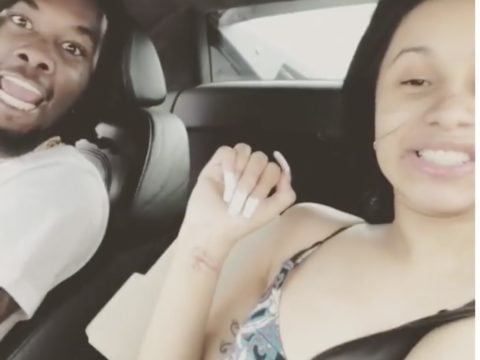 Atlanta rapper Offset has social media wondering if he has new music on deck. The hip-hop artist has hinted at dropping a much-needed solo effort in the coming weeks.

Is this the release date we've been waiting for???

A few days ago, Sav let fans know he has some new audio coming.

can’t wait for y’all to hear what im hearing in this pic pic.twitter.com/WNrTwuruAS

Quavo kicked it off for the team, Takeoff came and showed why he is many across the Internet’s favorite of the trio and now Offset is ready to drop off his solo effort. The remaining member of Migos to drop a solo effort will do so on his birthday, December 14.

The release follows up with the details revealed by Quavo that each will take their turn in hitting fans with new tunes.

“That’s how we always had worked, the previous Migos records,” Quavo stated in regards to their releases. “We always go to work on the first and then one person would be on the song and then we just make each other do homework. So now it’s just like we completing our own songs.”

Quavo also revealed that after the trio wrapped up their individual releases they would unite for Culture III, marking the third year in a row the group has dropped an album under the “Culture” moniker.

The post Offset Sets December Release Date for His Solo Album appeared first on The Source. 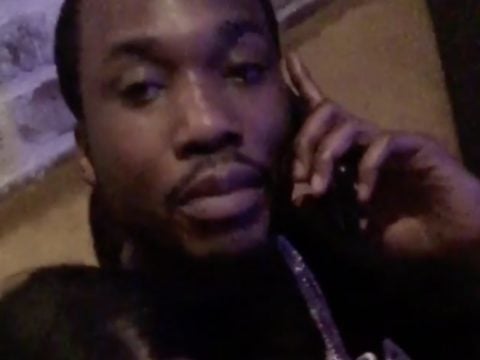 Maybach Music Group’s Meek Mill and Offset are up to something. The duo have social media’s attention after appearing to link up for a potential studio session.

Meek Milly went to Instagram Tuesday (October 30) with a teaser shot of himself alongside Off.

Earlier in the month, Meek Milly shared pics of himself putting in recording booth work.