Maurice “Arkansas Mo” Fayne was arrested on fraud charges according to reports. The Love & Hip Hop Atlanta cast member is being charged with federal bank fraud and misuse of funds.

Fayne’s company Flame Trucking was receiving Paycheck Protection Program money due to the COVID-19 outbreak, but police allege that Fayne pocketed the money instead of retaining his 107 employees.

According to CNN, Fayne used the more than $2 million he received from the government to purchase a Rolex, a diamond ring and a diamond bracelet. Fayne also leased a Rolls-Royce Wraith and paid off $40,000 in child support.

According to court documents as reported by CNN, “Fayne told the agents that he believed he had the right to use part of the PPP loan proceeds for ‘other business purposes’ and for ‘working capital.’” The small businessman was released on a $10,000 bond on Wednesday.

The Love & Hip Hop Atlanta cast member joined the show as long time cast member Karlie Redd’s love interest. Their relationship was often rocky, but in the latest season, Karlie Redd revealed that the two had secretly been married and are now divorcing. 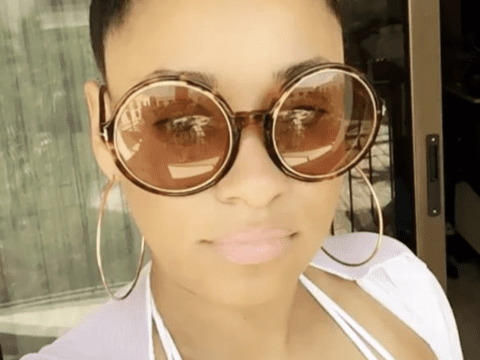 “Love & Hip Hop” star Tahiry José is keeping everyone motivated during quarantine from sharing workout clips to going to her Instagram Live to connect with fans. The curvy vixen is known for juggling thirst traps and healthy lifestyle goals on a daily basis.

In celebration of Woman Crush Wednesday, here’s 10 pics of retired rapper Joe Budden‘s former flame, Tahiry José. If you’re looking to get your body right-right from home, the Human Trainer has a variety of fitness accessories and e-books for your quarantine workout. Click here to check out their full line-up. Check out the 10 pics of Tahiry José below.

Recently, Tahiry went online with a solo shot of herself. In the pic, she’s staring out of a window looking nothing less than thick-thick.

Tahiry recently made heads explode courtesy of a throwback swimsuit pic. In the IG post, she is shown chilling in a pool and plugging her upcoming birthday plans.

In January 2020, Tahiry delivered a look into her daily workout goals. José shared a clip of herself working up a sweat on a step machine.

“IT’s CARDIO TIME #teamtahiry getting a late start today but i didn’t let that stop me!!! What’s your excuse?” – Tahiry’s Instagram

[SOHH.com covers topics and products we think speak to you. Things you buy through our links may earn us a commission.]

Former Love and Hip-Hop star Yung Berg (aka Hitmaka) is being accused of pistol-whipping his girlfriend after the two got into an argument.

According to The Blast, he may be hit with a domestic battery charge after the young lady was hospitalized at Cedars Sinai in Los Angeles with severe injuries. Those injuries are as follows: closed head injury, closed fracture of nasal bone, and facial lacerations.

The police report obtained by the outlet is a record from what the woman in the picture said to the officers after the alleged abuse happened. It states the following:

The outlet further reports that the LAPD has issued an emergency protective order against Berg. It expires by March 20, 2020. He cannot come within 100 yards of the alleged victim and cannot contact her. That means that he is prohibited from getting in touch with her directly or indirectly, no social media, no emails, phones and cannot come close to her home.

The Love and Hip-Hop (regardless of franchise) has had its shares of ups and downs. Tune in tonight for the season premiere for the Atlanta franchise (#LHHATL) on VH1 or check out any of the Love and Hip-Hop shows on the streaming service Philo: https://try.philo.com/. Philo provides entertainment, lifestyle and knowledge content via 58 channels from partners like VH1, MTV, MTV Her, BET, Lifetime, HGTV, Hallmark, Discovery, AMC, A&E, CleoTV, and Revolt.

R&B singer Pleasure P is speaking out after he was into a taken into custody last week after getting into an altercation with a Checkers employee in Miami Garden last week.

In an Instagram post, he says “don’t believe the hype.” Whatever they are saying isn’t true. I’m not going to explain myself,” he continues. “I’m going to look into what really happened. Yall will be hearing the real story of what actually took place. I’m not going out like that I did not put my hands on a female.”

If you have been under a rock, Pleasure P was arrested last week and taken into custody for battery against a Checkers employee in Miami Gardens Fl.

According to TMZ, Pleasure P  allegedly shoved a female fast-food employee in the chest with his bag of food through the drive-thru pickup window.

According to the police report obtained by TMZ,  the Checkers worker told cops the incident started when Pleasure P yelled at her through the intercom system for several minutes because there was a mix-up over $60 worth of grub he ordered.

The employee also  claims that in addition to Pleasure P yelling at her, she says he handed her the money and she handed him his order but then he “pushed her intentionally with malicious intent in the chest with the food he received.” That’s when she called the police.

TMZ also reports, Pleasure P  smelled like alcohol and other employees are backing up their co-worker’s stories.

Pleasure P was released a few hours later after posting his $15,000 bail

Maybe we will get to see what happened in the next season of Love & Hip Hip Mami.

The post Pleasure P Speaks Out After Checkers Altercation With A Female Employee appeared first on The Source.

As we all know, 50 Cent doesn’t stop until he gets what he wants.

According to court docs filed by 50’s lawyers, “To date, Mari has failed to pay a single dime to Jackson in satisfaction of the Judgment despite earning over $100,000 this past year. Her previous claims under oath that she is “broke” no longer ring true, and it is more clear than ever that she has no intention of paying her debts.”

The Power star also requested that a judge sanction Teairra Mari for another $5,295.50 and make her turn over her bank statements.

With a wedding being planned and a baby on the way, Safaree
says he is working on a new EP that he claims will be his “best project to date.”
Erica Mena’s fiancé posted on Instagram at D & L studios in New York City
to let fans know he was back in the lab.

The former Love & Hip Hop Cast member dropped his Fur Coat Volume 1 mixtape in 2017 which included the track “Paradise” with Sean Kingston. Safaree also had some success last year with the single “Hunnid” that made an appearance on the iTunes charts in the top 30.

Music aside, Safaree has been in the blogs thanks to his engagement to Love and Hip Hop New York cast member Erica Mena. The two are also expecting a baby and recently hosted a Met Gala themed baby shower.

Erica Mena will be making a return to LHHNY this season along with Jim Jones’ long-time fiancée Chrissy, Joe Budden and Joe’s ex Tahiry, all OG cast members.

The post Safaree Back in the Studio Working on New EP appeared first on The Source | The Magazine of Hip Hop Music,Culture and Politics.

If you keep up with Love and Hip Hop: Hollywood then you witnessed the whole Fizz, Apryl Jones, Moniece Slaughter, and Omarion debacle unfold on national television.

Omarion wins the Most Unbothered Award of 2019, but Fizz’s baby’s mother has no problem telling her two cents.

During the reunion which aired on Monday, Fizz tried to justify his new relationship with Omarion’s baby’s mother by arguing that he’s not “best friends” or “brothers” with the singer.

Moniece hopped on Instagram to debunk Fizz’s claims and argue that the former band mates were closer than he’s trying to make it seem. “My BD just be tellin lie after lie after lie,” she wrote. “Omarion was at my son’s 4th or 5th bday party at glow zone. During his FRIENDSHIP w/ Omarion, he completely put Boog on the back burner. Never saw that man I’d heard mention of his name smh.”

She added that Fizz attended Apryl and Omarion’s second baby shower, and was invited to a family trip to Disney Land following the release of “Post To Be” featuring Chris Brown and Jhene Aiko. Them boys were friends,” Moniece continued. “My son referred to Omarion then & now as uncle O.” Read her message in full below.

The post Moniece Slaughter Insists Fizz and Omarion Were Friends: ‘My Son Referred to Omarion Then & Now as Uncle O’ appeared first on The Source | The Magazine of Hip Hop Music,Culture and Politics.

Vlad TV has been dropping pieces of his interview with Omarion but finally released the part of the interview where he addresses his former B2K group mate starting a relationship with the mother of his two children Apryl Jones.

“I don’t feel no ways. I don’t feel any way about it… if they’re happy then they should be happy,” Omarion told Vlad. “I think they should change the narrative though. Because if it’s their so-called happiness then I shouldn’t be a part of it.”

Apryl Jones claims on Love & Hip Hop that Fizz helped her get through depression after her relationship with Omarion fell apart. Jones says that Fizz was there to take care of her kids as she dealt with the heartbreak.

Fizz and Apryl Jones went public with their relationship on Love & Hip Hop, a move that from the outside looking in seemed shady considering how close Fizz and Omarion were. Vlad jokingly likens their relationship to a hypothetical situation where Takeoff starts dating Cardi B after her and Offset break up.

“Do you see how crazy this looks from the outside looking in,” Vlad asks. “For sure, I completely understand,” Omarion responded.

The post Omarion Says He Feels No Ways About Fizz and Apryl Jones Relationship appeared first on The Source | The Magazine of Hip Hop Music,Culture and Politics.

According to an exclusive report from TheShadeRoom, it has been reported that Mendeecees will be released from prison before the end of the year.

The reality TV star was arrested for drug trafficking back in 2015 and sentenced to eight years in prison, but sources say that Mr. Harris could be released within the month and no later than December 15th.

Looking to be reunited with his wife Yandy Smith and their baby boy, we wish Mendeecees a positive and swift return back to society.

The post ‘Love And Hip Hop’s Mendeecees Harris Will Be Released From Prison Before The End Of 2019 appeared first on The Source | The Magazine of Hip Hop Music,Culture and Politics.

Safaree and Erica Mena are officially husband and wife.

Yandy Smith uploaded a video on her Instagram story of Safaree performing at his presumed wedding ceremony. He is dressed in an all red suit meanwhile, Erica is dressed in all white embracing her growing baby bump. “You look beautiful! Oh my G-d,” he says in the middle of his performance.

Looks like Safaree and Erica Mena tied the knot today

There are a lot of cameras in this short clip so we’re most likely going to see the wedding on an episode of Love and Hip Hop or perhaps a wedding special.

Congratulations to the newly weds and parents to-be.

The post Erica Mena and Safaree Officially Tied the Knot appeared first on The Source.