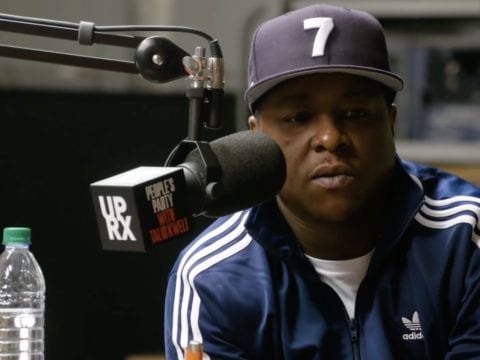 The LOX’s Jadakiss has plenty of stories to tell. The hip-hop veteran recently chopped it up with fellow rap entertainer Talib Kweli for a must-see Q&A. In the interview, Jada remembers his close-knit bond with late music icon Notorious B.I.G. Watch and comment below!

The post Watch: Jadakiss Recalls Notorious B.I.G. Studio Convos – “He Told Us Puff Was Going To Do A Lot Things We Didn’t Like But Would Make Us Stars” appeared first on . 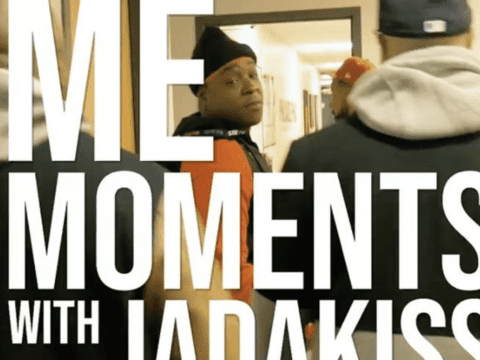 The LOX’s Jadakiss isn’t here for food talk. The hip-hop veteran has shared some hilarious footage of himself explaining why people should never ask him what he wants to grub on when he’s in the middle of an album promotion. Watch and comment below!

“Never forget, you gotta nourish the body so the brain can think!”

The post Watch: Jadakiss Explains Why You Should Never, Never, Never Ask Him If He’s Hungry When He’s Working appeared first on . 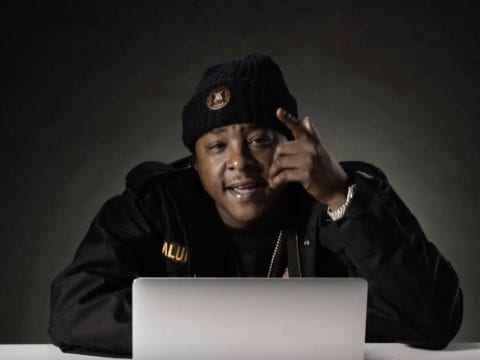 The LOX’s Jadakiss is ready to embrace the Big Apple newcomers. The hip-hop veteran has reacted to some of the New York rookies including J.I., Cash B, BigKlit and Smoove L. Watch and comment below!

From his early days with The LOX to his solo career, Yonkers native Jadakiss is an OG of New York hip-hop. For the latest episode of ‘The Cosign,’ the D-Block Records co-founder put his expertise to use and judged some of the fresh talent coming out of his state. From J.I.’s “Need Me” to BigKlit’s “Liar” to Smoove L’s “New Apollos,” he shared his honest opinion on today’s New York rap stars.

The post Watch: Jadakiss Reacts To New NY Rappers Smoove L, J.I., Cash B + More: “This Reminds Me Of The Young LOX” appeared first on . 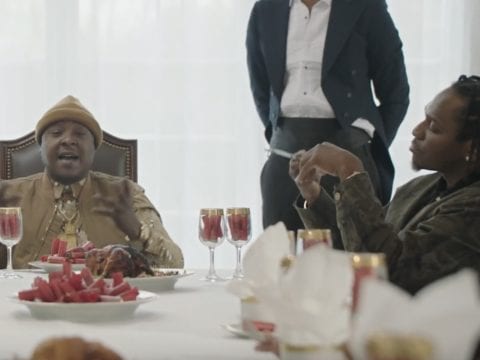 The LOX’s Jadakiss is in full promo mode right now. Fresh off releasing his new Ignatius album to the masses, Kiss has come through with his must-see Pusha T-featured “Huntin Season” music video premiere. Watch and comment below! 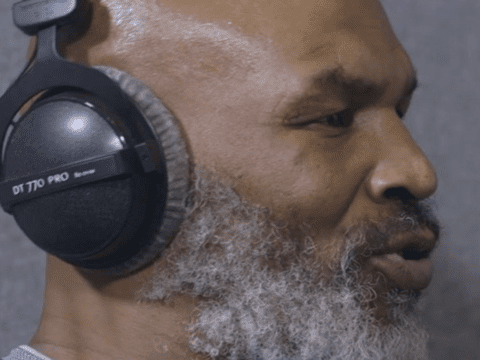 Boxing icon Mike Tyson is 100 percent here for the life and memory of Notorious B.I.G. New reports claim the retired sports mogul recently pulled through for a major Biggie Smalls event and did the ultimate no-no to the rap legend’s protégé Jadakiss.

According to reports, Iron Mike showed up unannounced at a B.I.G. tribute last Friday in Atlantic City. Tyson appeared at the Ocean Casino and low-key jacked Jada’s seat.

Tyson was a big fan of Biggie, and the boxing champ was spotted rapping along to all of his songs. Nobody was more surprised by Tyson’s visit than rapper Jadakiss, who was not happy upon arrival to see someone in his spot. He said, “Who the f - - k is sitting at my table?” The promoter responded with a laugh, “It’s Mike Tyson. You go tell him to get up.” (Page Six)

This week, rap veteran T.I. shared some of his favorite B.I.G. moments. The King of the South went to Instagram with a slideshow of epic Biggie pics.

“Big was the perfect artist! This candid moment when BIG was having writers block. This only happened to him once. He was talking about retiring. And I’m basically just telling him to stop talking crazy and that he was the greatest of all time. Then he went in and made ‘Hypnotize!’ True story #BadBoyForLife WE WILL NEVER STOP!!!! #WeMissYouBIG!”

“The Greatest of All Time”

This week, rap veteran AZ remembered the late rapper’s legacy. The Brooklyn native went to Instagram with a shout-out to B.I.G.

The post Mike Tyson Turns Jadakiss Into A Shook One At Notorious B.I.G. Event appeared first on .

Philadelphia rapper Beanie Sigel has the soundtrack to his birthday goals. The hip-hop veteran has saluted Jadakiss on dropping his new Ignatius album to the masses.

Heading into the weekend, Beans went to his Instagram page to hype up the new release. Sigel also admitted the LP arrived on his 46th birthday.

This week, rap heavyweights Raekwon and The LOX’s Styles P shared their Ignatius support. Both rap entertainers went to Instagram to co-sign the LP.

This week, G.O.O.D Music president Pusha T went to his Instagram page with a major revelation. The Virginia native admitted he tried to channel his inner Kiss at the start of his rap career.

“Fun Fact: I spent all of my amateur rap career trying to sound like Jadakiss. 1996-1998. Fortunately I found myself and have gotten to rhyme alongside an inspiration of mine a few times, here’s another one. “Hunting Season” from the album Ignatius dropping midnight (3/6). RIP Ice Pic Jay. We miss you.”

Hip-Hop legend Jadakiss shared that he will be delaying the release of his highly anticipated album Ignatius to “pay respect to Pop Smoke.”

The album was originally set to release on February 28th. Jadakiss shares that he and Pusha T were on the same page about the removal of their song, “Hunting Season” from TIDAL, even though they never had a conversation about it. Pusha shared that the two would not be moving forward with the release of the single in the wake of Pop Smoke’s murder, as it didn’t seem appropriate being that the song’s lyrics talk about hunting fellow rappers.

In a conversation with For The Record, Jadakiss further elaborates on why he canceled the early release of his album. “Yeah, we held back to pay respect for Pop Smoke, the untimely passing and demise of Pop Smoke,” said Jadakiss. “We actually pulled that song back and we pulled the project back as well by a week. Instead of February 28, the album is gone come out March 6. The song, the video is very artsy but it’s a little crazy so, just to pay respect and shed light on that whole…you know.

“Even with Kobe and his daughter and the memorial and all that, it just didn’t seem like the right time to release the song or the visual,” the Knock Yourself Out rapper added. “Or the project, so we just pulled it back for a week. The song will be on the album…just after stuff dies down a little we’ll let the visual out.”

The post Jadakiss Says He Delayed His Album to Respect Pop Smoke appeared first on The Source.

If you woke up and were hoping to hear some new music from Jadakiss, sorry, it has been pushed back. The album, Ignatius, that was supposed to drop today has now been pushed back to March 6.

Jada’s team confirmed to Hot New Hip Hop that the album is pushed back but a specific reason has not been revealed as to why. We have heard a couple of offerings from the album before in the form of “Huntin Season,” which was pulled shortly after the release due to the violent topics rapped in regards to rappers and “Kisses To The Sky,” featuring Rick Ross and Emmany.

Any additional details that emerge we will update you.

The post Jadakiss Pushes ‘Ignatius’ Album Back One Week appeared first on The Source.

Once upon a time Jadakiss and 50 Cent were beefing, and The Lox rapper threw jabs at the Queens rapper in a diss record. He even offered a $1 million prize to rap battle but Fif decline.

“It’s just something I thought of,” Jadakiss told Hip Hop DX. “Battling is therapeutic for hip hop, but you can’t take it serious. I mean, you gotta take it serious because when you preparing your material for your opponent, when it affects your heart or when you let it get too personal, that’s when it’s gonna take away from your vigorous strike. So, you gotta have fun with it use ways to use it to your advantage.”

If the battle actually happened, Jada thought of it as a “walk in the park” for him. “An easy payday. You asking Floyd to fight somebody that had two fights. Not that same comparison saying Fif only had two fights, but lyrically I thought—especially in the zone that I was in at that time, it was like I hope one of these promoters or one of these fight guys call me and say, ‘Yo, we got the money. We need you to come do the weigh-in and sign.’ Gotta throw it out there.”

Check out the full interview below: 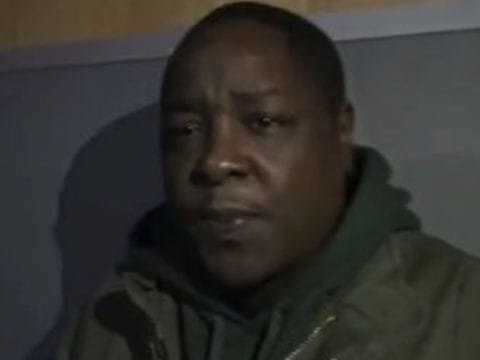 The post Watch: Jadakiss Reacts To Ma$e/Diddy Feud, Future’s Son Gets Arrested, Quavo Helps Out The Needy appeared first on .