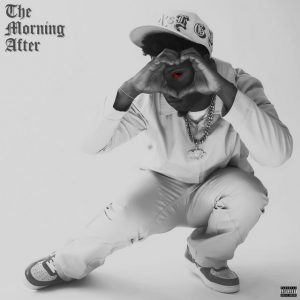 1TakeJay’s 2018 breakout hit, “Arco,” catapulted him into the limelight as one of the West Coast’s next-generation superstars. The unorthodox recording artist followed the debut with five full-length records, including the fan-favorites, 2018’s Wait Hol Up, and 2021’s 1TakeBae. The popularity led to collaborations with numerous hip-hop superstars such as Kalan.FrFr, Rich The Kid, Shoreline Mafia, and Mustard. Today, he continues his evolution with The Morning After, a 16-track mixtape with the release of the new music video for the project’s second single, “The Pay Back.”

On “Pay Back,” directed by Carrington, 1TakeJay takes us through a day-in-the-life that includes hitting the studio, quality time with family and friends, interacting with fans, and reminiscing on those who doubt him. “Any B*tch that left wish they woulda kept me – yea I know, b*tch / F*ck that, this the Pay Back – B*tch,” he raps.

1TakeJay’s “Her Bad,” featuring Blueface, was the first single from the new mixtape released last month, and which the song’s music video has since accumulated over 500,000 views on YouTube. Blueface and 1TakeJay’s previous collaboration is the Compton recording artist’s biggest song to date in the 2020 hit “Proud of U (Remix),” which has over 16 million views on YouTube.

Along with Blueface, The Morning After includes guest appearances by Spank Nitti James and Rob Vicious. And with the two singles, the mixtape’s breakout tracks are “Pose,” “Yitties,” and “Cole Bennett.” The project is available everywhere via 1takejay Inc.

Stream the full mixtape below and watch “The Pay Back” above.

The post 1TakeJay Drops ‘The Morning After’ Mixtape with New Music Video “The Pay Back” appeared first on The Source.