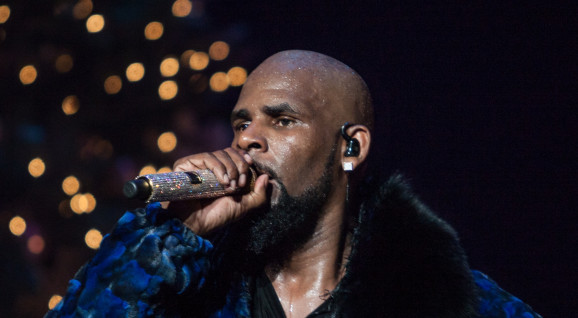 According to reports, 54-year-old singer’s on-demand audio streams are up 22 percent, while his video streams have risen 23 percent in comparison to the week before the verdict was announced.

The Chicago native, who was found guilty in a Brooklyn courtroom on September 24th, faces between 10 years and life in prison for his crimes.

The news comes just days after YouTube removed multiple R. Kelly channels from their platform. Additionally, R. Kelly is also prohibited from using, owning or creating any other YouTube channels.

We all know controversy sells, here are some Twitter users that took to their comments to share about the issue below.

One user writes, “R.Kelly’s albums sales have increased since his hearing. Double digit in streams and Triple Digit in Sales. Why? What is wrong with humanity?”

Despite the charges and guilty verdict are you still listening to R. Kelly’s music? Share your thoughts with us on social media.

Kodak Black has pleaded guilty to weapons charges stemming from an April 2019 incident at the New York-Canada border. According to reports, Kodak is facing 2-7 years in prison.

No stranger to legal troubles, the “Tunnel Vision” rapper is currently serving a 46-month sentence for lying on a background check for weapons in Florida. Kodak was sentenced in November after pleading guilty, and now the 22-year-old South Florida native will likely be adding more on to his current sentence.

Sentencing for second-degree criminal weapons possession for the New York State charges will take place on March 24th. Marijuana was also found in the vehicle at the time of the arrest.

In recent years Lauryn Hill has taken loss after loss—mostly due to her own mistakes. This time one of her family members was caught being messy.

Back in July, the Grammy winner sued her cousin Gerald Hill with claims that she fronted him $65,000.00 dollars. According to the contract that both parties signed he promised to pay the money back within 90 days. He also agreed that if he did happen to miss the three month deadline he would also pay 10% interest. Almost a year later L-Boogie has still not received her coin.

Bossip exclusively reports that Lauryn’s cousin was found guilty of defaulting on the loan. It seems Gerald failed to formally respond to the original complaint forcing the court to take action. A judge has now ruled he will have to pay L-Boogie every cent back plus monetary damages. Lauryn’s lawyer has declined to comment.

This legal victory is presumed to be a breath of fresh air for the “Doo Wop” singer as she has some explaining to do herself. A portion of her recent “The Miseducation of Lauryn Hill 20th Anniversary World Tour” has been postponed due to production issues and unfavorable fan reviews. More recently she was hit with a lawsuit by American Express. The merchant claims she rang up a tab of almost $375,000 dollars in credit card debt.

Let’s hope things continue to turn around for her.