Straight from the 305, Hip Hop band Hoy Polloy has been making noise in 2019 and continues the momentum with their latest single aptly entitled ‘Dangerous’. Existing as a cross between The Roots, Gym Class Heroes and Childish Gambino, the crew has recruited Y.O. mic vet Jadakiss of D-Block/L.O.X. as well as daughter of legendary DJ Kid Capri Vina Love for the premiere single from their upcoming album Valkyrie due out later this year, which boasts appearances from the likes of Brooklyn rapper AZ and French R&B duo Les Nubians.

“We are one of the worlds only truly multi genre bands,” says band’s lead singer K Sos.”The original album On the Way to Rome features at least four genre’s, while their 2015 EP Ferret Winter features three including a song in Spanish. Future albums compartmentalized the bands talent with their 2017 release “Bye Bye Bogota” being all rock and 2018’s “No Pressure” being all Hip Hop.”

The post Miami Hip Hop Band Hoy Polloy Links With Jadakiss To Drop “Dangerous” From Their Forthcoming Album appeared first on The Source. Top Dawg Entertainment’s ScHoolboy Q is keeping the attention on CrasH Talk. The hip-hop veteran has announced his album’s standout “Dangerous” music video is set to premiere Wednesday at 1 PM ET/10 AM PT. 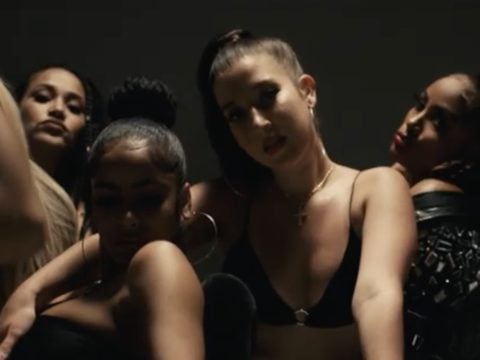