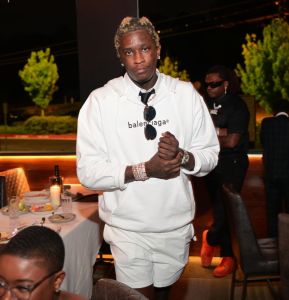 Recently Young Thug and Gunna took it upon themselves to post bail for 30 low-level offenders in Atlanta and give them back the freedom they couldn’t afford to pay for.

Now Thugger and Gunna highlight their good deed in the YTB Trench and Lil Baby featured visuals to “Paid The Fine” where they show the families they helped reunite and interview their family members. This was hella dope.

To further infuriate MAGA country, 42 Dugg and Roddy Ricch take the fight to white supremacists and racists in their clip to “4 Da Gang” where they burn confederate flags because f*ck racism.

Check out the rest of today’s drops including work from Joyner Lucas and Lil Baby, BRS Kash featuring Toosii, and more.

CLAY JAMES – “HOLD ME DOWN” 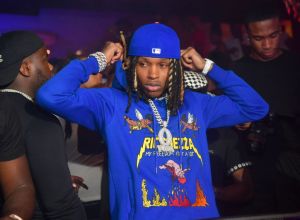 It’s only been fourth months since the shocking passing of Chicago’s own King Von, and though he’s no longer here with us, his music continues to reverberate throughout the streets and Hip-Hop culture.

Today we get another posthumous visual from the O Block royal with the release of “Mine Too” which reminds us that Von was living it up with iced-out pieces and fancy cars before his life was cut short. Rest In Peace, King.

Out on the West Coast, Ty Dolla $ign recruits the comedic talents of Tiffany Haddish for his clip to “By Yourself” where the actress busts out all kinds of dance moves while Bryson Tiller, Jhene Aiko, and Mustard do their own thing as well.

Check out the rest of today’s drops including work from Fivio Foreign, Jora Smith, and more.

TREVOR JACKSON – “YOUR EVERYTHING”

BENEFICENCE & CONFIDENCE – “JERZ TO THE JUGULAR”

BERWYN – “I’D RATHER DIE THAN BE DEPORTED” 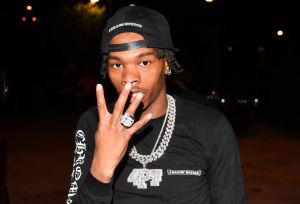 It’s been a few months since Lil Baby’s Megan The Stallion assisted “On Me” hit the airwaves and got the people to bouncing. Now that the single is certified gold, it’s time for a video to accompany the commercial hit.

For the visuals of their collaboration “On Me Remix,” Lil Baby and Megan utilize CGI to place them on icy mountains and active volcanoes. A song of fire and ice forreal, b.

From the new school to the OG teachers, Snoop Dogg returns to give everyone a taste of how far Hip-Hop done came as he gives us the retro vibes for his clip to “Look Around.”

Check out the rest of today’s drops including work from R.A. The Rugged Man featuring Slug of Atmosphere and Eamon, Kris Madjick, and more.

KRIS MADJICK – “I AM NOT YOUR ENEMY”

SNOW THA PRODUCT – “NEVER BE ME”

SLIM THUG – “KNOCKING ON MY DOOR” 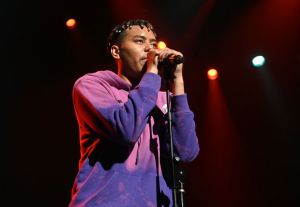 To many, Cordae is simply the rapping boyfriend of tennis star, Naomi Osaka, but heads in the know recognize that the kid’s lyrical prowess is hella impressive and it looks like it’s well enough to have gotten Q-Tip’s ear.

Linking up with the legendary Hip-Hop producer/rapper for his visuals to “More Life,” Cordae roams around his town spreading good vibes to his fans before hoping on the horn with Tip to get some life lessons from the OG.

On the R&B tip, The Weeknd links up with Ariana Grande to make some sweet music together in the animated clip to “Save Your Tears” where the Canadian crooner constructs Ariana like a Barbie doll.

Check out the rest of today’s drops and some joints you might’ve missed over the weekend including work from Iaan Dior featuring Trippie Redd, Lion Babe, and more.

THE WEEKND FT. ARIANA GRANDE – “SAVE YOUR TEARS”

Don’t tell us y’all forgot about Young M.A already. Though Megan, Cardi and even Doja’s been tearing up the charts for the past minute, the Brooklyn rapper is still making noise and reminding everyone she’s a problem as well.

For her latest clip to “Off The Yak,” Young M.A hits the streets with her pistol-packin’ peoples who seem ready to ride for the young blood who rolls hard.

On the R&B tip the infamous donut violator, Ariana Grande links up with Doja Cat and Megan Thee Stallion to steam up the spot in their sultry visuals to “34+35” where lingerie is the name of the game because and Megan twerks like the master she is.

Check out the rest of today’s drops including work from Kevin Gates, Kevin Gates, Lucki featuring Lil Yachty and more. 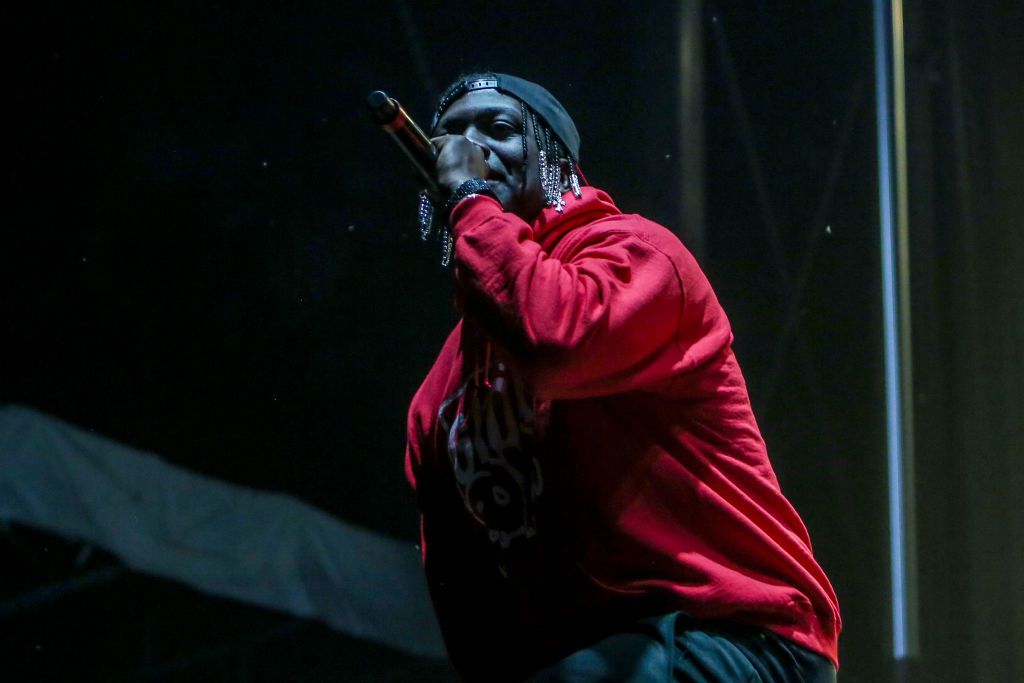 After a few years of rockin’ the boat and rubbing Hip-Hop purists the wrong way with his successful mumbling rap style, Lil Yachty is still doing his thing and he obviously doesn’t care who says what about him.

Such is evident in his latest goofy visuals to the Oliver Tree assisted “A$$hole” where Oliver juxes Yachty’s Sailing Team piece only to get hunted down and tortured by the Captain of the Boat crew. Don’t sleep on Yachty and his peoples. Need we remind y’all of the smacketh down they layeth on haters?

Down in H-Town the Sauce Twinz hit up Trippie Redd for an assist in their clip to “Splash” where the three men burn some trees, count some cash and floss buckets of ice.

Check out the rest of today’s drops including work from Asian Doll, Locksmith, and more. 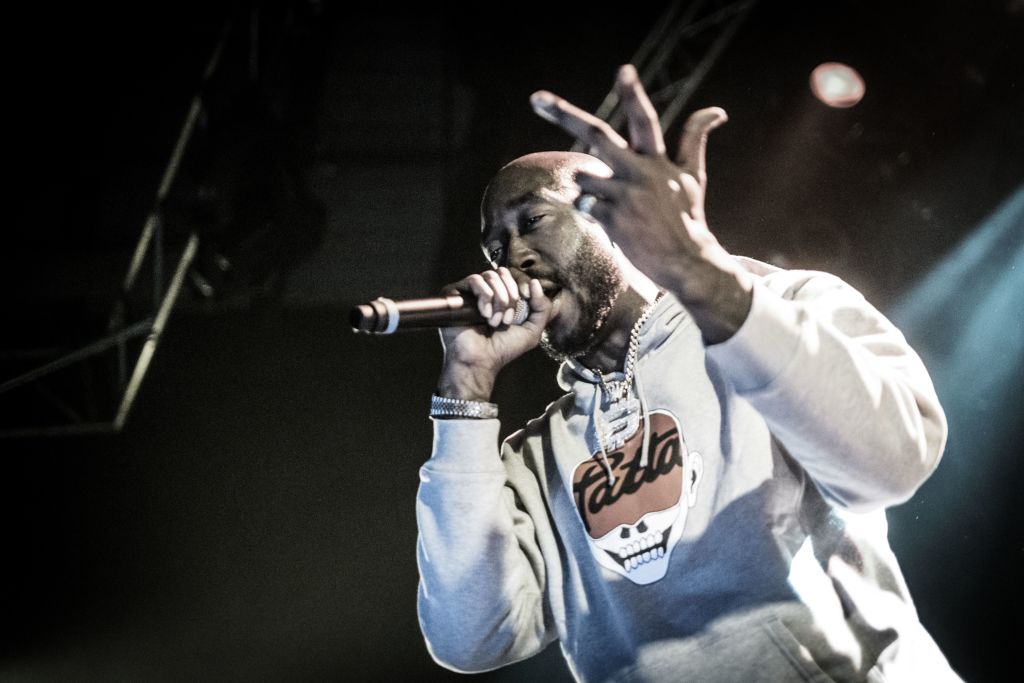 Real ones know that Freddie Gibbs can spit bars when he’s in the booth and though he’s been making more noise lately for his drama with his Hip-Hop peers, we recognize he’s more than a street dude in the rap game.

Interestingly enough for his ScHoolboy Q assisted visuals to “Gang Signs,” the Indiana hood representative goes the animated route in which cute bunnies and turtles out there living that thuuuuuug life! Well, can’t say we saw that coming. Hella entertaining though.

On a softer note, Eric Bellinger links up with Hitmaka and for their clip to “Only You” woos a thick young woman by the beach with some high notes and smooth words.

Check out the rest of today’s drops including work from Pooh Shiesty, Snap Dogg, and more.

ERIC BELLINGER & HITMAKA – “ONLY YOU”

SAUCE WALKA – “WHAT YOU GONE DO” 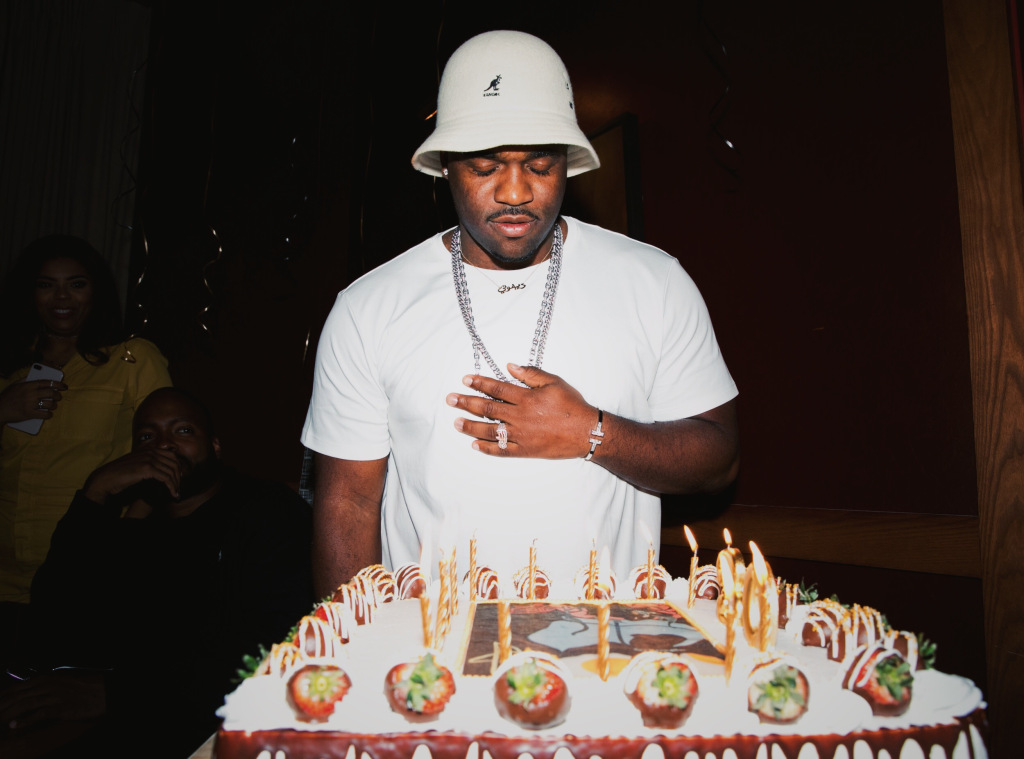 Last week Nas really took the OG’s back to lyricism, content and overall thought provoking music with the release of his latest LP, Kings Disease, and it took a few days but now we get some new visuals for one of the album’s standout cuts.

In his visuals to “Ultra Black” Nas take it back to the pro-Black theme of the 90’s that helped make Hip-Hop’s golden era in the Beast Coast legendary and showcases the importance of the Black family unit as he kicks rhymes in the kitchen while someone’s Old Earth cooks up some goods on the stove. You could almost smell what she was cookin.’

Elsewhere A$AP Ferg finds religion (or a cult) as he raps in a candle lit room before being joined by Jay Guapo and Lil Wayne on a Morpheus chair for his clip to “No Ceilings.”

Check out the rest of today’s drops including work from Princess Nokia, Chief Keef and Mike WiLL Made-It, and more.

Anyone use this time in quarantine to work out to Teyana Taylor’s workout video? No? Y’all should’ve cause that woman’s physical degree is a sight to behold but that’s neither here nor there.

Choosing to suit up OG style in her visuals to “Bare Wit Me,” Teyana Taylor channels the fashion steez of Dick Tracy as she busts some fancy moves after bodying her hubby, Iman Shumpert with a pillow to the face. That’s one way to celebrate being newly single.

Back in Yonkers The Ghost known as Styles P celebrates the release of his latest project Styles David: Ghost Your Enthusiasm with some new visuals to “Hundred” which finds Peniro politicking on his block after recently giving his city council a piece of his mind. Props.

Check out the rest of today’s drops including more inspirational work from Teyana Taylor, Rod Wave, and more.

TEYANA TAYLOR – “MADE IT”

While most music artists have been using this quarantine time to either entertain their fans via IG live or just take a break from it all, Tory Lanez has been keeping his page lit with Quarantine Radio and having models from all walks of life turn up with him like they’re in the club. It’s been pretty entertaining.

But getting back on his music grind, Lanez comes through with some new visuals to “Dope Boy’s Diary” which finds TL laying down the track in an open studio where loose leaf paper dances with the wind behind him. Rappers still write on paper? Thought they’d just jot everything down on their phones.

On the R&B tip, Kehlani hears everything says about her and in her clip to “Everbody Business” takes in some fresh air on her front yard while addressing all them gossip folk. Mind y’all business, b!

Check out the rest of today’s drops including work from D Smoke and Snoop Dogg, Stunna 4 Vegas, and more.