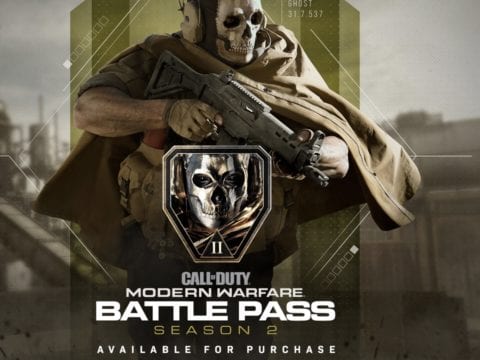 Call of Duty: Modern Warfare is lit. From rap superstar Meek Mill to NBA baller JR Smith, everybody is on the video game juggernaut’s wave. The Season 2 Battle Pass has just dropped with all sorts of amazing new features. From free and premium tiers up for grabs, here’s five reasons the latest season is a must-experience.

A new Season Battle Pass means 100 new tiers, including two unseen weapons. Coming free with the pass, players who reach tiers 15 and 31 will unlock the Grau 5.56 and Striker 45, respectively. For those who invest, they can look forward to new weapon blueprints, watches, XP tokens, Operator skins, and more.

Reason 2 – You get to bring back a legendary character.

Those who purchase the Battle Pass receive the classic Simon “Ghost” Riley Operator, bringing back lots of nostalgia from Call of Duty: Modern Warfare 2. It’s also worth noting that the beloved map Rust from the same title is making a return in standard multiplayer and Gunfight game modes. Several new maps will appear as well, including Atlas Superstore, Khandor Hideout, Zhokov Boneyard, and Bazaar.

There will be plenty of new action to partake in, including some brand new and returning game modes. These include Gunfight Tournaments, Demolition, Infected Ground War, and NVG Reinforce. New trials are also available, including Quad Race, Fire in the Hole, Price’s Alley, and Behind Enemy Lines. These solo missions allow for some individual grind time while also earning XP!

Regardless of whether or not you’re a competitor gamer, the Season 2 Battle Pass is affordable. It costs just 1,000 CoD points (or $10), but for those who don’t want to grind in-game, individual tiers can be bought for $1.50 each. However, look at it this way: if you grind long enough and save the 1,300 CoD points that are achievable with the pass, Season 3 can be free.

Reason 5 – A new and hidden section on the home screen.

After purchasing the Battle Pass and returning to the game’s home screen, you’ll notice a “Classified” section. The biggest hint as to what this pertains to comes in the opening cutscene that you see upon first opening up Season 2. After taking down an enemy, the line “Gas is closing in, we need to exfil now.” The following scene zooms out to show a plethora of separate battles taking place. Where else does this happen? In battle royales, like Fortnite. For now though, we can only speculate…

For more info and to grab your own Battle Pass, CLICK HERE! 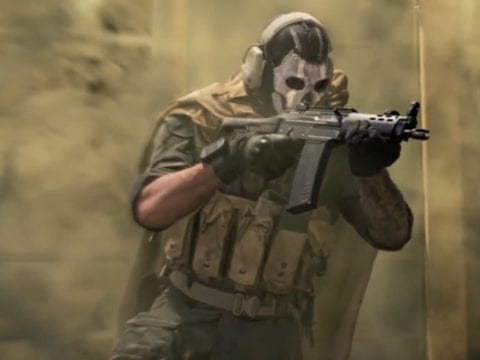 The weather is still brick outside and giving people more reasons to stay in with their Call of Duty: Modern Warfare goals. After an epic season one battle pass, the action-packed title has come through with an intense look at its latest rollout featuring the legendary Ghost character, new weapons, blueprints, skins and more. Watch and comment below! 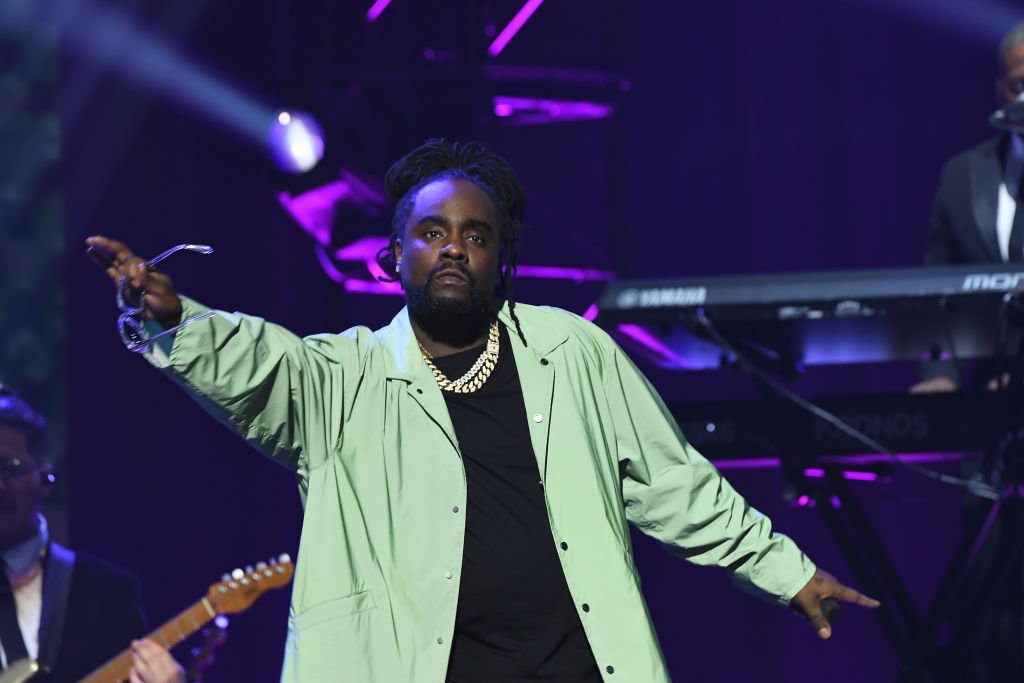 Wale will be taking his talents across the pond to help kick off the opening night concert of the Call of Duty League’s London Royal Ravens home series.

The announcement of the Wow… That’s Crazy crafter getting things started with poetically infused was announced today (Jan.21) by the Esports organization RekTGlobal. The Grammy-nominated and platinum-selling artist will be joining a lineup that will also feature international DJ Nicky Romero at that concert will take place Feb. 8 at Copper Box Arena.

“With Wale joining the concert lineup, the Home Series brings together the biggest artists in hip hop and
EDM, plus the world’s best Call of Duty pro athletes. “The inaugural homestand weekend for the London Royal Ravens is a can’t miss event with unforgettable performances, an action-packed esports tournament and lots of behind-the-scenes access for fans and the challenger scene.”

This is the latest news revolving around the COD League. Last week we got our first look at the official street-style uniforms as well as the Kickstradomis customized Air Force 1’s the league’s commissioner, Johanna Faries, and players will be rocking when it launches in Minneapolis (Jan. 24-26).

We collaborated with @kickstradomis to create custom Call of Duty League sneakers. Check the link in our bio for a chance to win a pair. #CDL2020

For our United Kingdom readers looking to score tickets to the event, you can head here. Looks like this is an event Call of Duty fans don’t want to miss. 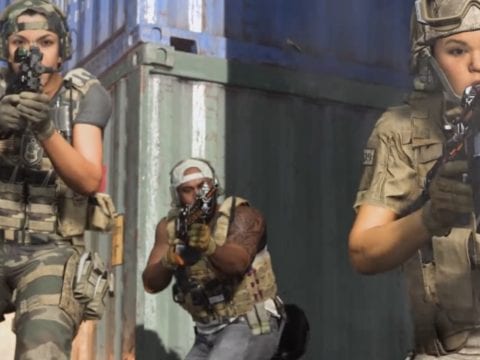 The Call of Duty: Modern Warfare craze isn’t slowing down. The recently released title has announced plans to deliver a huge Season One update packed with new modes, maps and mayhem. Watch and comment below! 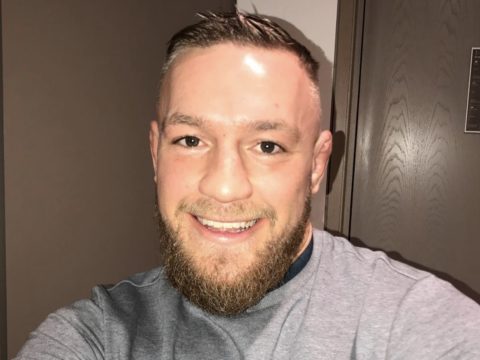 UFC superstar Conor McGregor knows greatness when he sees it. The prized fighter went online this week to show some major love and respect to the newly released Call of Duty: Modern Warfare title. Look and comment below! 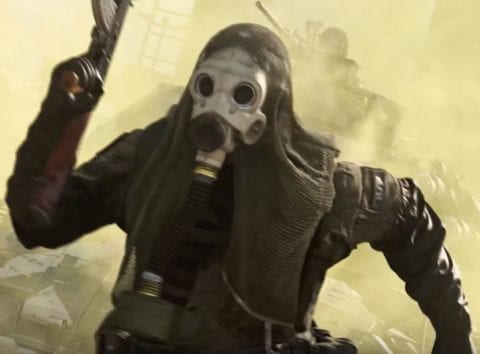 The Call of Duty: Modern Warfare season one pack is ‘this’ close to dropping. Ahead of tomorrow’s massive release, Call of Duty has teased fans about what to expect from new maps, epic weapons, bonus perks and more. Watch and comment below! 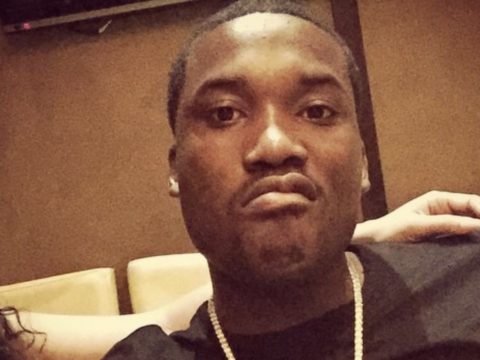 The post Look: Meek Mill Is 100 Percent On His CALL OF DUTY MODERN WARFARE Goals This Holiday Break – “I’m Going On A Ground War Drill Real Quick” appeared first on . 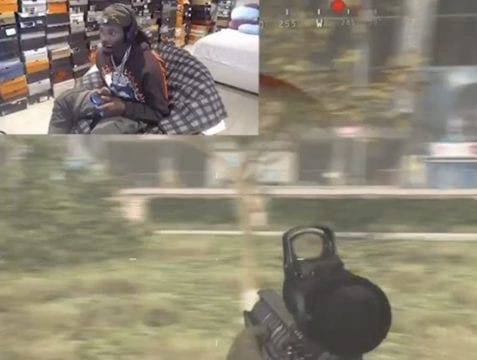 Atlanta rapper Offset always makes time for his gaming goals. The hip-hop veteran went online Monday to give fans a sneak peek at how he clocks in Call of Duty: Modern Warfare work. Watch and comment below!

The post Watch: Offset Flexes His Own CALL OF DUTY: MODERN WARFARE Skills – “I’m Going Out Like A G” appeared first on .

Gamers across the globe have “gone dark” this past weekend with the launch/reboot of Call of Duty: Modern Warfare. The game’s arrival wasn’t without issues. Activision/Infinity Ward has some serious cleaning up to do.

Call of Duty: Modern Warfare, which is serving as the launching pad for cross-play, faced severe server issues that kept players from accession the game’s online-based modes. On top of that issue, some Xbox One players are saying the game is “bricking” their consoles. The game’s developer, Infinity Ward, is aware of the issue and according to the Subreddit dedicated to Modern Warfare, is working on a solution to the problem.

In a statement issued by Infinity Ward:

“We have identified an issue that is affecting some players on Xbox One X. Players affected are experiencing crashes. We are working with Microsoft to address the issue. We genuinely can’t thank you all enough for providing us with your ongoing feedback this launch, every bit of information helps. Stand by for more updates on this issue soon, and thank you for your patience and your help while we work towards a solution.”

Users have responded to the post sharing the statement claiming Modern Warfare is indeed bricking their consoles despite none of the claims being verified. One particular user who goes by name Jason–Todd claims that “bricking” is unlikely even though the game might freeze, causing the console to become unresponsive.

“The game would literally have to somehow delete the console OS or overheat it beyond the safety settings built into the motherboard itself.”

Call of Duty: Modern Warfare isn’t the first game to face these claims. Anthem and Borderlands 3 players also made the claim that both titles were “bricking” their consoles as well. To be on the safe side, Xbox One owners should refrain from playing the game until Infinity Ward rolls out a fix addressing the “issues.” PlayStation 4 owners have not experienced any problems yet as far as we know. 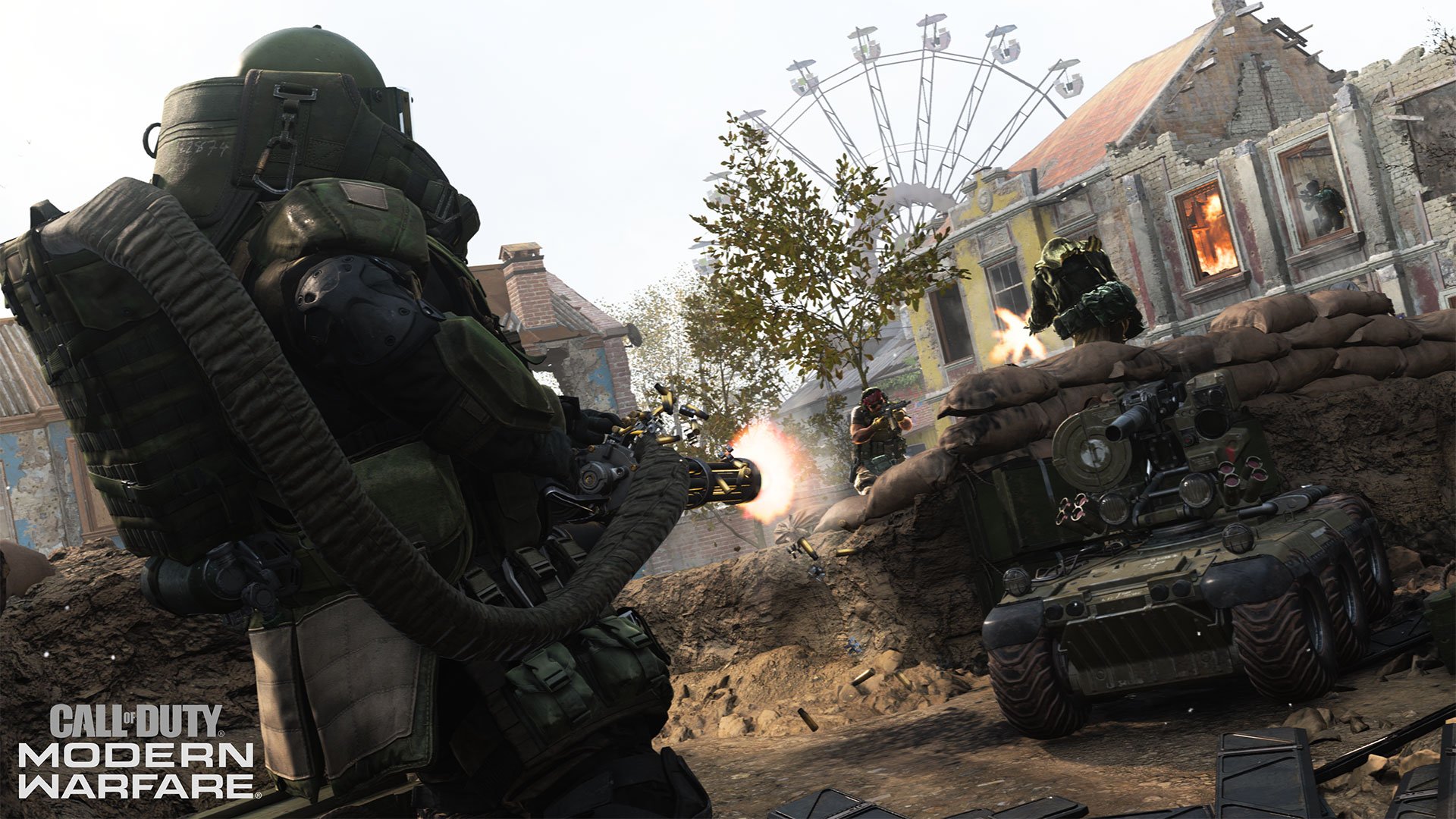 We are literally days from the launch of Call of Duty: Modern Warfare and Activision just revealed in its blog the new way players will be leveling up.

Once players get cracking in Call of Duty: Modern Warfare, they are going to immediately notice the change in the progression system. When they begin their campaign for multiplayer dominance, they will see that now they will see the new 55 Enlisted Ranks. Players will unlock new weapons, equipment, perks, Killstreaks and Field Upgrades.

When a player completes a challenge, they will be rewarded with a special Seasonal Ribbon and XP. If you acquire 10 ribbons, you are granted a distinctive Seasonal Emblem plus an animated emblem.

You also get a cosmetic weapon blueprint if you collect all 100 ribbons.

Being that it is seasonal, the first set of 100 Officer Ranks at launch will rest with the start of each new season.

Players will also be able to upgrade all of the weapons in the games and can be used to unlock new weapon perks, attachments and camouflage. Also announced, players will be able to partake in multi-step objectives and Challenge Missions to earn XP and in-game rewards. You can activate the Challenge Missions from the Barrack menu and are required to play different game modes or use certain weapons to complete the challenge.

Call of Duty: Modern Warfare launches October 25 on PlayStation 4, Xbox One, and PC.