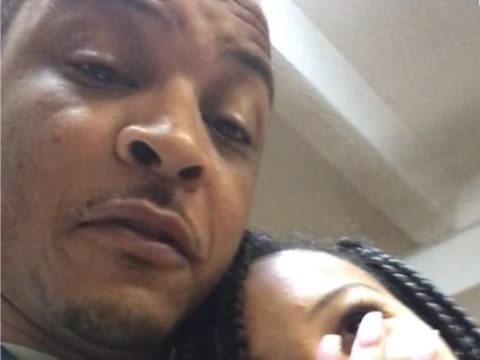 Grammy-winning rapper T.I. is disgusted. The King of the South has come forward to react to shocking footage of a child being arrested in Florida.

Big Facts: Last night, Tip went to his Instagram page to unload pure emotions and to rally up support to bring justice to the child’s family.

High-Key Details: The disturbing footage has made its rounds online and shows six-year-old Kaia Rolle being arrested.

The police body camera videos are disturbing. They show two Orlando police officers arresting 6-year-old Kaia Rolle as she pleads with officers for a “second chance.””Help me,” Kaia says between sobs as her hands are restrained with a zip tie.”You can tell me what happened in the car, OK?” one officer responds as he begins to walk her outside.”I don’t want to go to the police car,” Kaia said while she wept. “Please.” (CNN)

Wait, There’s More: The officers reportedly received a call to deal with Rolle after she allegedly had a tantrum toward school staff members.

In a police report, authorities said police were responding to a report that the 6-year-old had “battered three staff members by kicking and punching them” at her school, the Lucious and Emma Nixon Academy in Orlando. The child’s grandmother has previously told local media in Florida that her granddaughter suffers from a sleep disorder that the family was working to resolve, which was why she was experiencing some behavioral issues. (NBC News)

Before You To: To make matters worse, Kaia had a mugshot taken at an off-site location.

Kaia was processed at a juvenile facility and had to use a step stool for her mug shot, Kirkland told the paper. State attorney Aramis D. Ayala said after the incident that her office never intended to move forward with charges against Kaia. “I refuse to knowingly play any role in the school-to-prison pipeline at any age,” she said afterward. (Washington Post)