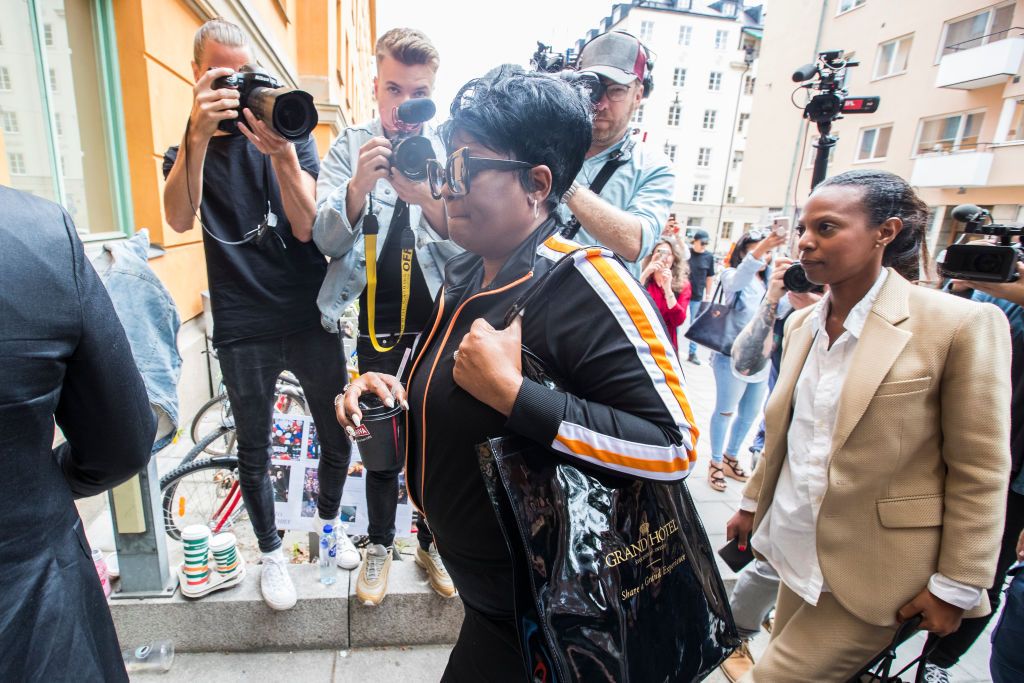 Swedish prosecutors have it in for A$AP Rocky. Reportedly, they want the Harlem rapper to serve 6-months in jail for his part in a brawl in Stockholm.

The “Goldie” rapper insists he was acting self-defense. According to TMZ, the crux of the prosecution’s case is that A$AP Rocky hurled a bottle at the victim.

However, witnesses say they never saw the rapper throw a bottle, although he admitted picking it up. Because of the bottle, prosecutors have requested to the judges that A$AP to do at least 6-months in jail. The sentence won’t be handed down for another week or so.

Also, once again Donald Trump has tried to intervene, allegedly sending a letter requesting A$AP and his co-d’s be moved to a hotel. The letter is unprecedented, and the court rejected it.

We get the feeling time served would have been more than enough if this was Aeson Rock. And you know why.

A$AP’s mother, Renee Black (pictured above), has been in attendance during the trial.