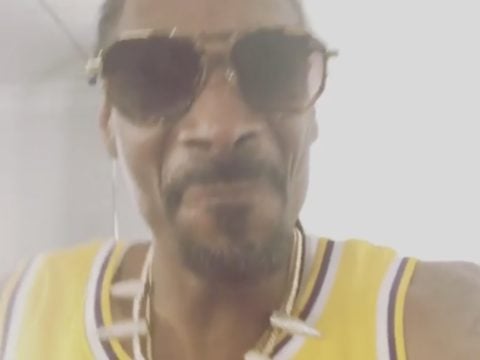 West Coast rapper Snoop Dogg just had his mind blown. The hip-hop veteran is convinced Drake low-key made his “In My Feelings” song with rap star Kanye West‘s wife Kim Kardashian on his mind.

In a new must-watch clip, Snoop Dizzle doesn’t hold back on trolling Yeezy over Drake allegedly referring to Kim as KiKi.

“I just found out who KiKi was. KiKi is your b*tch. That’s why you’re so mad. Because Drake put d*ck in your b*tch. He did, huh? Drake, you a cold n*gga, cuz. I like that song but I ain’t know why I liked it. Now I know why I like it. ‘KiKi, do you love me? Remember sucking me?’ Yeah, he put d*ck in your b*tch. How about that? KiKi, you b*tch, you. He f*cked KiKi down, didn’t he, good sh*t Drake. Did you pour champagne on her? Did you give her a little d*ck or a lot of d*ck? KiKi. Do you love me? You b*tch you. Say you’ll never me. But you did for that n*gga. That’s who KiKi is for real?”

Specifically, Kanye told Drake he felt a certain type of way about him not addressing rumors suggesting he slept with Kim in the past.