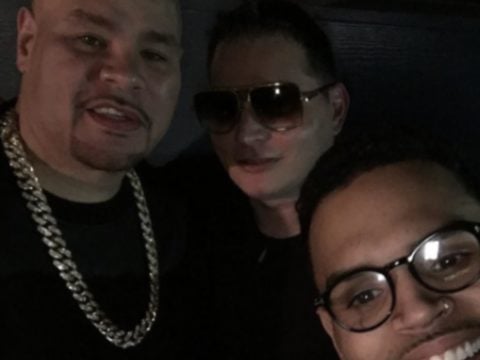 Miami producer Scott Storch is in work mode. The hip-hop hitmaker has shared an interest in putting together some hot audio fire for Migos‘ Offset and his wife Cardi B.

Scotty went to Instagram Friday (October 12) with a pic of himself alongside the married couple and reference to new music.

Last night, B celebrated her 26th birthday in Los Angeles with Offset.

Early Monday, Cardi shared coupled up footage of herself and Offset hanging out in a strip club.

The post Scott Storch Low-Key Has Hot Fire For Cardi B & Offset appeared first on SOHH.com.