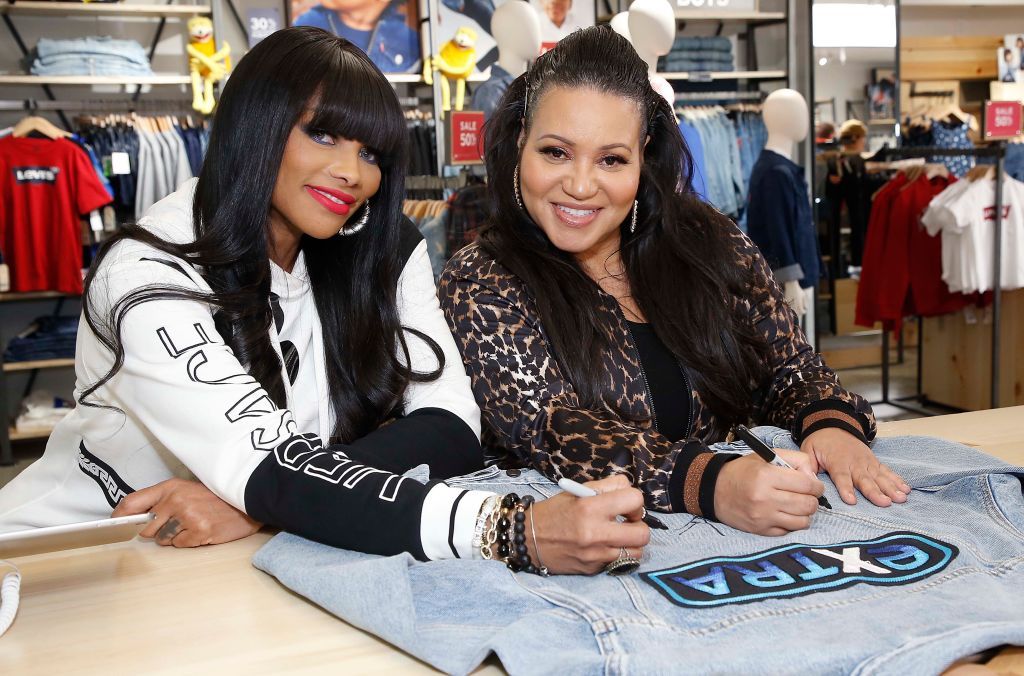 First the Fat Boys breakup, then The Fugees breakup, and now DJ Spinderella got drama with Salt-N-Pepa?!

It’s been a few weeks since DJ Spinderella sued her old rap group for unpaid royalties for spinning at some of their tour dates and appearing on their reality show. After responding to the lawsuit by stating they never stiffed their former DJ, Salt and Pepa went on to claim they did nothing but try to help a struggling Spinderella at her request.

In documents obtained by The Blast, Cheryl James (Salt) and Sandra Denton (Pepa) stated that Deidra Roper (Spinderella) reached out to them for work only to turn around and accuse them of being shady.

“After decades of friendship, Spinderella has embarked on a smear campaign, and sued her friends, based on blatantly erroneous assertions. The truth, however, is that Salt and Pepa have always tried to do right by Spinderella.”

According to the rap duo after years of going their separate ways, Spinderella asked to once again ride with the “Push It” rappers and they obliged.

“Spinderella decided to quit performing with Salt and Pepa years ago and asked to rejoin the group “Salt N Pepa” in December, 2013. Nostalgia and the desire to help a friend motivated Salt and Pepa to agree. They offered to pay Spinderella on a per show basis to perform with the group. Spinderella, grateful for the opportunity, agreed, and they performed together again.”

But things didn’t go as planned and they once again parted ways and ended up in court.

“Things unfortunately did not work out and Salt-N-Pepa spent months trying to close open issues—like how they would each refer to their shared history going forward as they each pursued respective careers—in the hope they could part as friends.”

This is just a sad situation all around. How things will end is anyone’s guess but we’re pretty sure that after a lawsuit like this chances of a reunion tour are slim to none.